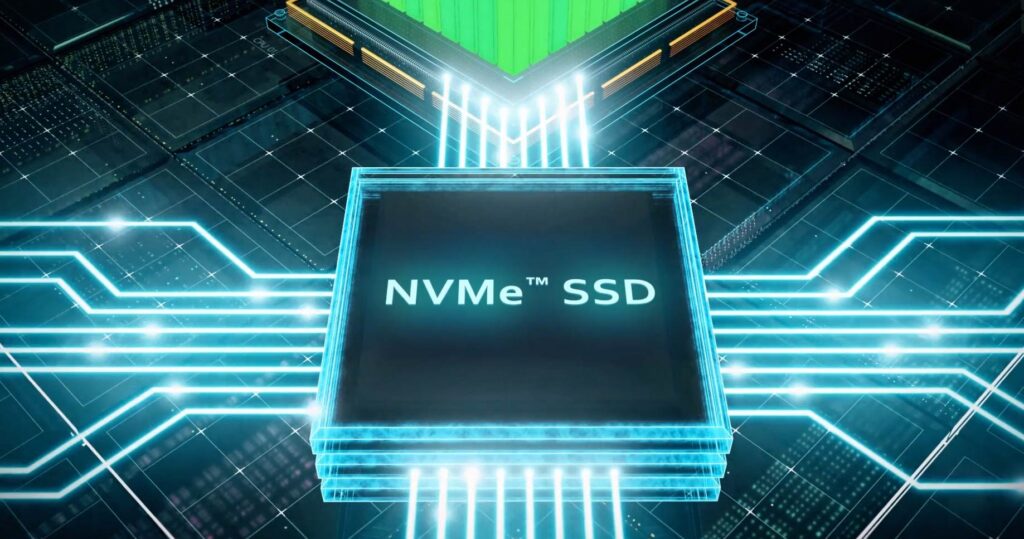 The data surges caused by today’s IoT devices or big e-commerce promotions do not have to take us down! Businesses need to rethink how data is captured, preserved, accessed and transformed.

NVMe™ is one of the hottest topics for data center architectures in 2018, and one of great interest on this blog. We’ve shared a technical overview, a look into unique NVMe features and even an outlook into its impact on datawarehouse workloads.

But what’s the big deal about NVMe? If you are wondering why you should care about NVMe, please read on, and watch the 2-minute video below.

[Tweet “What’s the big deal about #NVMe? A short video explains why you should care. #data”]

SATA vs. SAS vs. NVMe

SATA and SAS were designed primarily for hard disk drives (HDDs) that have very different characteristics than solid state drives (SSDs). As such, the host controller architectures are required to have a significant hardware stack that translates storage I/O commands and queues from HDD to SSD, creating overhead and adding latency.

NVMe (Non-Volatile Memory Express) is a new and standardized storage protocol that was built especially for accessing high-speed storage media, like flash. As such, NVMe does not have the same overhead. NVMe allows for the host to directly intercept CPU memory, thereby reducing latency and increasing performance.

Furthermore, NVMe can support up to eight lanes of I/O traffic(!) between the host and the CPU, creating greater throughput and minimizing impact of lane failure.

NVMe on Path to Domination

Given the differences between SATA and NVMe, these prognosticators might be right. Due to its “race car” status or not, the projections for NVMe-based enterprise SSDs is on a rapid rise.

Nearly every operating system now supports the NVMe driver software, and most server providers have PCIe slots in their systems for front-loaded U.2 NVMe drives.

If you are curious about why NVMe is a serious alternative to SATA or SAS, take two minutes to check out this video.

NVMe will be a key differentiator in doing more with data – faster insights; near real-time possibilities; and even reducing footprint. Western Digital’s breadth of expertise and level of vertical innovation give us an unmatched ability to deliver carefully calibrated NVMe SSDs for our partners, as well as in-house developed storage platforms and fully featured flash storage systems to help you harness the potential of data.