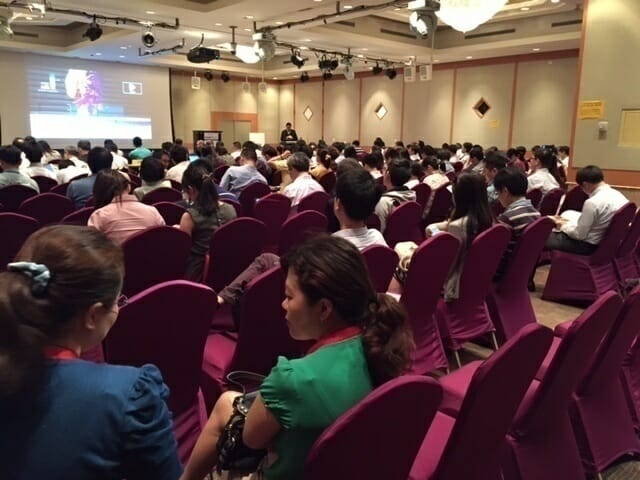 Christopher Bergey, VP and GM of Mobile, Tablet and Wearable Solutions at SanDisk, spoke at Compuforum 2015 in Taipei, Taiwan about enabling OEMs to monetize on higher capacities and upselling storage as a strategy to improve bottom lines.

In addition, high speed connections and storage-hungry applications, such as 4K/UHD video, RAW photos, and HD Gaming, are driving the trend towards high capacity storage. Recent data on iPhone6/6 Plus shipments show that consumers are favoring the higher capacity, 64GB and 128GB, models[1].

These factors, coupled with BOM costs, have put tremendous pressure on device makers to balance their investment in components and the user experience in order to drive profitability.

Christopher then explored how mobile manufacturers can improve their bottom line by creating high margin opportunities in product positioning. He noted that there are opportunities to upsell at all capacity points. For example, even for entry level products, moving up one capacity point from 8GB to 16GB can result in a >40% margin upsell for a mere $5 increase in ASP.

Storage innovations have also changed the landscape. For SanDisk, the transition to X3 (TLC) NAND memory with SmartSLC technology has opened the gate to higher capacities at lower costs, while simultaneously addressing the need of applications requiring high burst and sequential write performance, such as RAW photos in burst mode and high speed WiFi downloads. Christopher talked about how OEMs can capitalize on this trend and position it as part of the user experience rather than focus on abstract or redundant product specifications, such as the number of CPU cores.

Lastly, with Flash memory’s broad and continuing disruption of computing segments, Christopher discussed the opportunities presented to device manufacturers in the PC, netbook, and tablet spaces.