Five Seismic Changes for Media and Entertainment in 2017 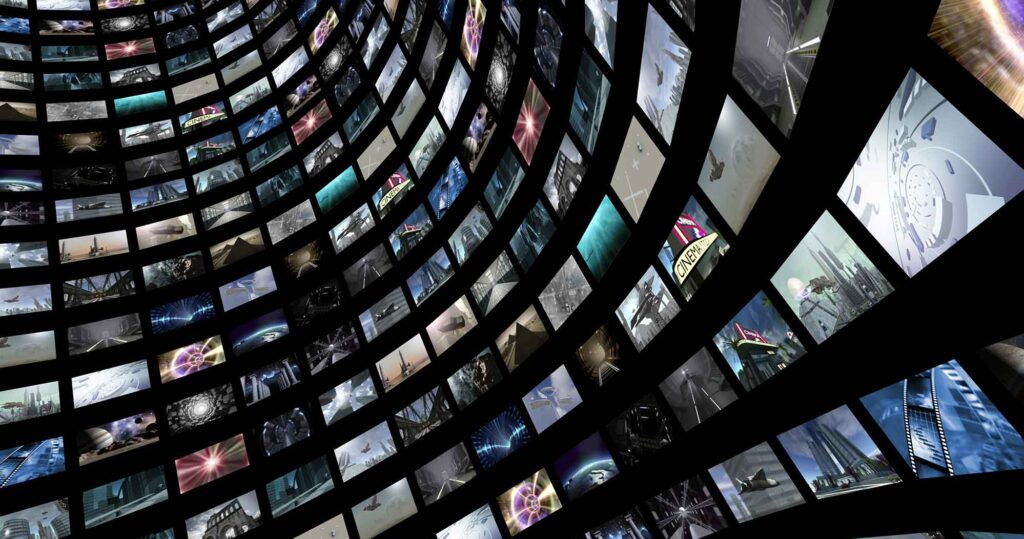 It’s been a year of acceleration for the media and entertainment (M&E) industry with seismic shifts. The digital revolution is undeniable. We’re witnessing a rapid transition to a direct-to-consumer future that radically changes media workflows and content production. There’s an evolution towards increasingly higher resolutions, moving from 2K to 4K (and even 8K broadcast that has already started in Japan). But even more important is achieving better pixels through High Dynamic Range Imaging. All these changes meet a growing understanding of the need to extend media experiences into the physical, interactive world through Virtual Reality (VR), and eventually Augmented Reality. Devices have emerged as the industry’s biggest content drivers.

The end of the year sees a lot of industry events. Just last month I spoke at two panels at the Society of Motion Picture and Television Engineers (SMPTE) Technical Conference, as well as attended the Association of Moving Image Archivists (AMIA) Annual Conference while my colleagues attended NAB Show NYC.

Amid all the great discussions taking place at these events I wanted to focus on five big changes I see happening next year in the industry.

In contrast with the M&E industry, enterprises have been quicker to latch onto the promise of Software Defined Storage, yet it brings the same benefits to broadcasters. It’s the flexibility of being able to balance costs while meeting performance demands. Mind you, not all M&E workflows need high performance storage. Agility is the factor that is so critical. At different points of the workflow different solutions are needed, and they all have dramatically different budgeting structures, ranging from a weekly cycle to traditional, locked Capex models.

2. Cloud is a Force of Nature

Workflows are pushing to the cloud. The two key workloads that have already seen a major transition are disaster recovery (DR) and visual effects and rendering– DR is likely the easiest workload, as it’s not only cold, but the cloud offers an easy solution for geo and data replication. For FX and rendering on the other hand, the cloud has opened a possibility to take advantage of limitless resources that no on-premise rendering farm could ever supply. The math is simple – I could have 1 computer working for 100 hours, or at the click of a finger, 100 computers working for an one hour. Furthermore, everything ahead for the industry points to change. Greater resolutions, more pixels, higher frame rates… It’s impossible to build an on-premise solution that will be sufficient when technology when let you settle down. Hollywood is realizing that cloud is actually very similar to how their productions have always works. They don’t necessarily own their own cameras, so why do they need to own their data center.

3. A Rise of Semantic Web Ontology?

With all their promises, the cloud, new formats and new technologies all come with many challenges. There’s a huge amounts of suites and tools available but they all have different data and metadata placed for asset – be it technical, descriptive or transactional knowledge. There’s no consistency or search ability and there’s a lack of clear guidelines and standards for media lifecycles and workflows. Perhaps one of the biggest current limitations is the lack of a semantic web ontology that could make clouds interoperable and would be able to support the integration of various component building blocks. This would allow users to find the needle in the haystack within the massive volumes of data and help create relationships between content data points.

Virtual Reality has seen huge momentum across every industry. Recent research by Juniper Research predicts the market will reach $52 billion by 2021! Take the Game of Thrones VR 360 degree opening credits as an example. It received some 5.3 million views over a 24-hour period on Facebook and by now has almost 14 million views. You can see why studios are consumed with VR’s potential and next year will see great attempts to reap that prospective viewership.

Artificial Intelligence (AI) and Machine Learning are growing rapidly, use cases are expanding every day, and are becoming part of our daily lives. If you used a search engine today, your behavior around the search results was monitored and processed to give you better results the next time you use it. This is done by automated, ever-improving algorithms, or AI.

Now here’s the Hollywood twist. Hollywood is not made up of computer scientists, and workflows have been more or less the same for decades. Media and Entertainment still need to understand the gigantic potential before starting to change the industry inside out. But one thing is clear – AI can bring huge value and opportunity. Here is one such example: meta-tagging and identifying assets in film material. Believe it or not, this is still a manual process. Yes, someone sits and watches all these rolls of film to classify them. Artificial Intelligence can bring in object recognition, facial tagging, and metatagging for any element you can name (seasons, colors, etc.).

Now let’s combine AI with Big Data. Unlike Netflix, a company that collects massive amounts of data about every piece of content, from how often it’s watched to how long and even the point where users drop off, the film industry is far behind. It has yet to tap on the potential of creating content adjustment based on user activity and engagement. Figuring out how to gather this data, and take advantage of it, is clearly the next step ahead.

You might not be aware of it, but Western Digital has recently joined three key media and entertainment industry technical organizations to help the industry modernize. It is now an active member of SMPTE, the Entertainment Technology Center at the University of Southern California, and the Hollywood Professional Association. We’re helping to drive the successful adoption of object storage and other essential cloud storage technologies across all media workflows.

A great example is in managing the avalanche of data from 3D and HFR Digital Cinema and UHD TV, or the work we’ve done with CrossFit, accelerating media production workflows and integrating on-premises storage and Amazon Web Services – you can learn more about it in our solution brief below. We’ve also just announced the new ActiveScale™ P100 system, with industry leading object storage technology to help manage the growth of archived data.

If you want to talk more about these upcoming changes and how we’re helping companies transition to cloud-enabled workflows and next-generation storage technologies, download this solution brief:

This post was edited on Nov. 30th to differentiate between cloud and semantic web ontology in separate points.