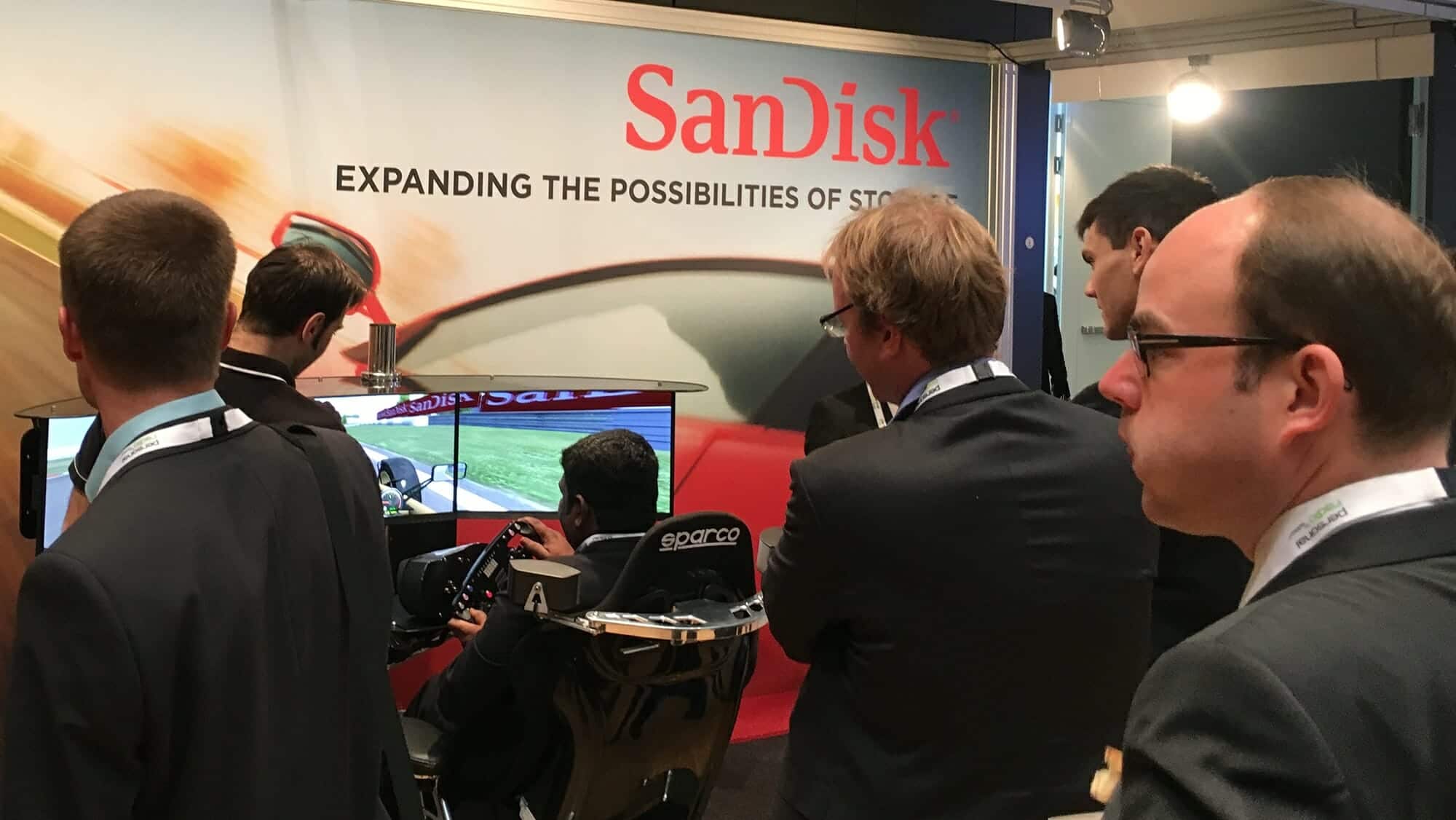 Automotive Telematics is one of the biggest growth areas for flash memory and is already a growing business for SanDisk. In fact, the number of potential applications within the automotive ecosystem is expected to grow significantly in the next few years as automotive software gets more complicated. Accordingly, for the first time SanDisk took a booth at TU Automotive Europe, Europe’s largest conference and exhibition dedicated to the future of auto mobility. The show has been running for 13 years and each year, in tandem with the growth of the connected car, the event has expanded to include more exhibitors and a wider reach. This year, there was in excess of 60 keynote presentations given by senior figures from companies as diverse as TomTom, Mapfre and IBM and car manufacturers such as BMW, Mercedes-Benz, Mazda and Volvo.

As a company, SanDisk has been participating in the automotive market place for a while and earlier in 2015 launched automotive grade products with the aim of capitalizing on the growth of this segment. We are already designed in to several automotive products and the number is growing. The show gave us exposure to many potential new customers that were previously unaware of SanDisk’s participation and of specific products in this space and why flash memory is important in the automotive segment. It was an ideal platform from which to engage with potential customers and to explain our products and technology.

Flash can play a variety of roles within the automotive segment, from data storage for in-dash navigation including high-resolution and 3D maps, and media servers, where NAND flash is replacing NOR flash, to image recording from external cameras, or cameras built directly into the car. Additionally, today’s cars feature a plethora of sensors recording a huge amount of information about the status of the car and its surroundings. This information needs to be stored somewhere where it can then be analyzed and this is another key area for flash memory usage. Leading on from these two areas takes us to ADAS, the Advanced Driver Assistance System, commonly called the autonomous car. This is the next big development within the automotive segment and is where there is real rapid growth, the opportunities for big data analytics in this industry are exploding.

Products in the automotive segment have certain special requirements, especially with regards to reliability. If a car is going to autonomously drive, then it cannot rely on products that are sub-standard. Accordingly, all SanDisk products within the automotive space are built to meet the intense quality and reliability demands of the Automotive market.

At the show, the SanDisk booth proved to be incredibly popular, helped no doubt by our driving simulator competition and flash demonstration produced in conjunction with iWave India utilizing SanDisk automotive grade eMMC in an automotive infotainment system that allowed Bluetooth pairing and display of vehicle statistics, based on a Freescale MXM board.

Here is the link to see Martin Booth’s (Director of Marketing at SanDisk) interview during the show: https://www.youtube.com/watch?v=XCGnaM87ag0