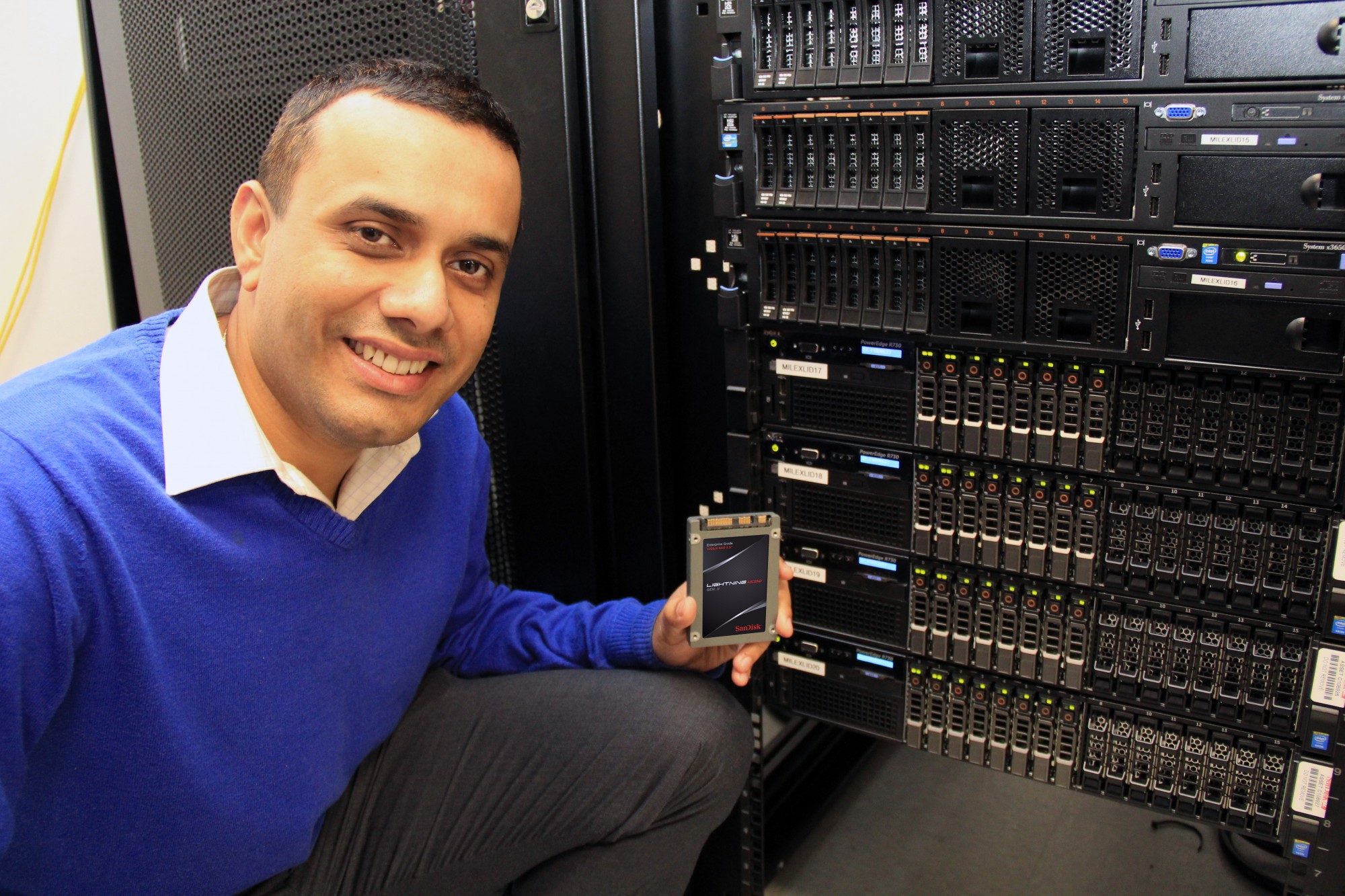 We’re at VMware Partner Exchange (PEX) this week, where VMware announced several big boosts for Virtual SAN. These include: 2x greater scale with support up to 64 nodes per cluster; the ability to run 50% more VMs per host; and 2X-4X performance improvement enabling Virtual SAN to be considered for business critical applications and databases for the first time*.

We’re thrilled to follow these announcements with one of our own, SanDisk®’s industry-first VSAN architecture that delivers 2 million OLTP transactions on an all-flash 4-node Virtual SAN 6 cluster. The transactions were delivered with sub-millisecond average latency in an out-of-the-box test of the new Virtual SAN using Dell’s latest G13 servers.

These two new items should be music to the administrator’s ears who contends with long lead times, high costs, and the growing complexity in the provisioning of storage services. All these when faced with users expecting higher SLAs and users who have acquired a big appetite for consuming more devices, applications and data.

First is the need to virtualize and de-silo processing, storage and networking resources so these can be provisioned more readily based on business needs and priorities.

Second is the need to get the best performance in the most cost-effective way, so organizations will see the best return from their storage investments.

Third is to have fast storage sit as close as possible to where data is being processed, i.e. inside the same box with the CPUs.

The All-Flash Virtual SAN 6 architecture is an outstanding integration of all three ingredients and delivers a ‘killer’ solution. It eliminates high costs, reduces complexity and gives a dramatic boost to performance.

Gartner made an important recommendation regarding VSAN in their report on software defined storage from October, 2014: “Midmarket infrastructure leaders using VMware for server virtualization should seriously consider Virtual SAN for new storage requirements and when their next storage refresh comes around.”

With new scalability, performance and VM density support in VSAN 6, it might be time for companies of all sizes to look at all-flash software-defined storage solutions.

See Our Architecture Demo at PEX or run a POC

If you are at PEX this week, come to see how this new architecture might be a great solution for your challenges at the SanDisk and Dell pods at the Software Defined Storage Pavilion at PEX.

Learn more about SanDisk and VMware’s VSAN from Madhu Matta, VP of SanDisk Global Technology Ecosystem in this VMware video.

Published on February 2, 2015, in Industries