A Trillion Pictures: How We Got Here 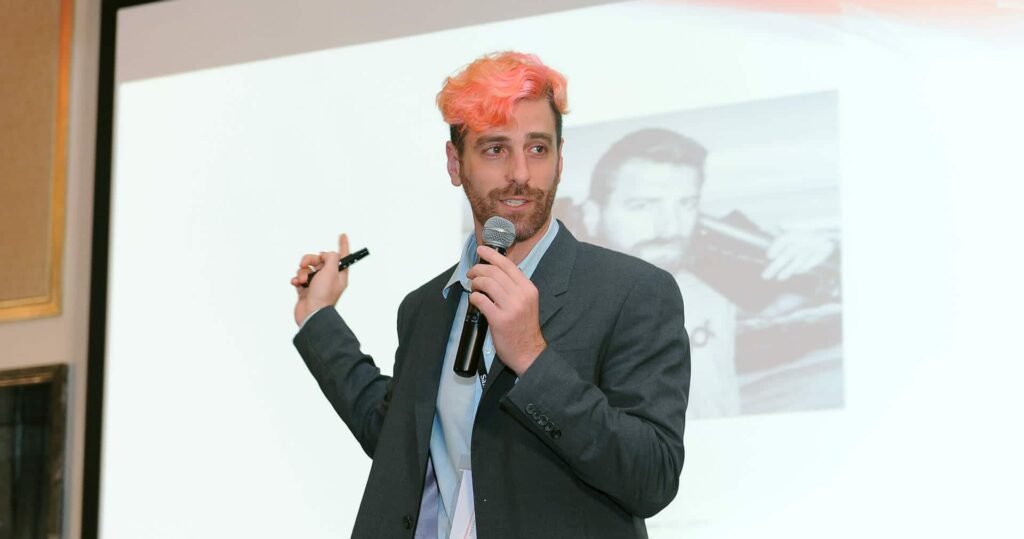 Photographers will snap one trillion digital images this year, according to Josh Haftel, Senior Product Manager for Mobile Photography Solutions at Adobe.

A photographer and software developer, Haftel delivered a quick sketch of the history of photography during a talk at Future Proof Storage, our annual summit on the direction of mobile technology, to underscore an important point about how imaging is driving the innovation of mobile devices these days.

Namely, if you think people produce a lot of pictures now, just wait.

“Photos convey information faster than any other media. (Photography) is super-fast and super-efficient,” he said. “They also provide emotion and context.”

Photography also remains one of the most democratic art forms. “Everyone can be a photographer,” he added.

Whatever drives human love of photography, you can’t deny its popularity. Between 1826 when the first picture was taken through 1900, approximately 1 million photographs were taken. “Mobile” photography back then meant loading a large wood and glass contraption onto a mule cart.

After Kodak brought out the Brownie in 1901, people snapped around 1 million photographs a year by estimate. By the 1930s, around 30 million photographs were being produced a year and photography became recognized as an art form thanks to individuals like Edward Weston and Ansel Adams.

But the real acceleration occurred when digital photography freed people from dark rooms and chemicals. Digital began in 1975 with a camera invented by Kodak, which followed up with the first SLR (Single Lens Reflex) in 1991. By 2009, two years after its launch, iPhone became the most popular camera for photos shared on Flickr. It has remained in the top spot since.

“One third of the population of the Earth has a phone at their disposal,” he said. “More pictures are taken by mobile devices than any other (devices).”

What’s next? Computational photography and new software will improve what can be accomplished within mobile form factors. Google, for instance, is already using depth maps to make snapshots more appealing. Customer surveys regularly show that people rate a picture highly if it has depth of field, i.e. blurring the background or foreground slightly to focus your eye on the action. Smartphone lenses are too small to adequately capture depth of field. Post-picture algorithms, however, can leverage data contained in the picture to come to the same result. This is why taking photos in RAW matters and how important the EPIC initiative driven by SanDisk is for enabling the manufacturers to provide the most optimum experiences for mobile imaging to their users.

Adobe, which debuted Photoshop 25 years ago, is doing its part by making Lightroom, its photo editing suite, pervasive across smartphones, desktops and the cloud. SanDisk’s EPIC initiative by raising the bar on user experience with its guidelines that include Lightroom will help consumers get the most out of their mobile devices especially when it comes to taking photos or videos.

Smartphone makers will increasingly incorporate technology inside of smartphones to reduce visual noise and other artifacts.

“It (mobile) is not for cats and lattes anymore,” he said.