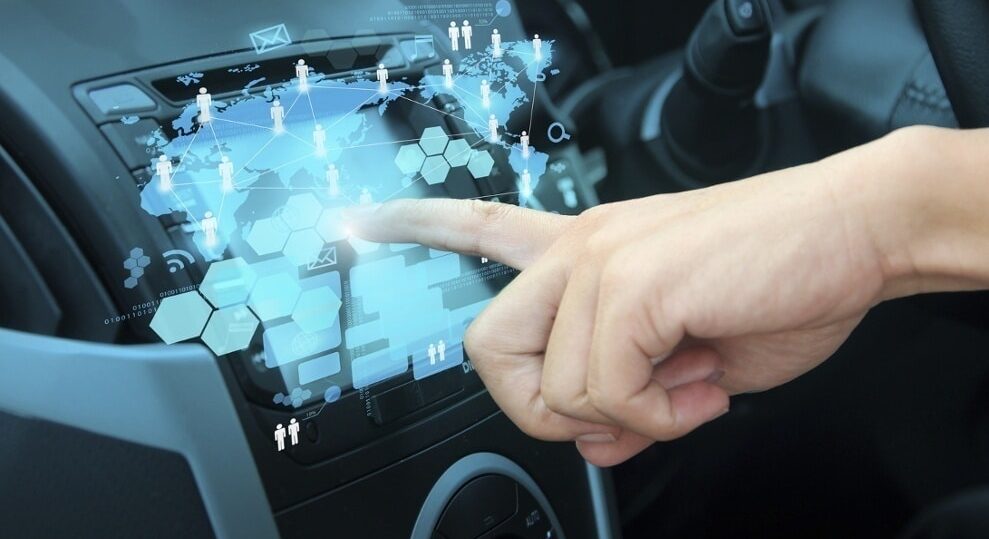 So where are the maps for the navigation system? Well, with the map set for today’s navigation systems often requiring more than 16GB of storage space, a different kind of storage subsystem became necessary. The DVD gave way to SD Cards, hard disk drives (HDD), or Flash memory based storage subsystems. Of these options, Flash is of particular interest, as it – far more than an SD Card or HDD — holds the potential to enable a whole new range of connected experiences for drivers, passengers, even the cars themselves.

[Tweet “Flash-enabled devices can hold more #songs, more #photos, and more #apps than ever before.”]

You’re already familiar with the forward leaps that Flash storage has enabled over the past decade—in consumer applications ranging from portable music players and cameras to tablets and advanced smart phones. Flash-enabled devices can hold more songs, more pictures, and more applications than ever before, and in the case of the connected automobile the ability to store hundreds of gigabytes of data (or more) is becoming ever more critical.

Think about it: Cars are not just going to be storing large amounts of data for the navigation system. On a continuous basis they will generating huge amounts of data from advanced sensors monitoring everything from your driving speed to your emissions control, transmission, and braking subsystems. Cars will have multiple cameras systems capturing and analyzing events in real time—not just to facilitate backing up (as a single camera might today) but also to facilitate real-time collision avoidance, security monitoring, and other advanced features.

All of these features will require more processing power and storage than you carry in your pocket today. At the same time, we’re still talking about an automobile. Outside of the small bubble in which passengers sit, the automobile is a fairly harsh environment. It endures extremes of heat and cold, dryness and moisture. And vibration? It’s a constant state, accentuated by the occasional encounter with a pothole. One does not need to know much about spindle-based HDD storage technologies to know that they were never designed to operate in these kinds of conditions – and certainly not for the 10 year / 150,000 mile targets that automotive manufacturers have in mind when designing their vehicles.

Solid-state Flash memory is far better suited to meet the needs of manufacturers, including automotive, and users than any other high capacity storage alternative. It is mature, cost-effective, and proven. It can operate reliably in harsh environments. It can provide the storage capacity required to support the apps that manufacturers and users will want, as well as the capacity to store the data that cars will produce.

That said, vehicle manufacturers and their OEM partners will want to keep special considerations in mind when designing hardware subsystems for the automobile—and app designers will want to understand how to optimize their applications for Flash memory. Designing for the automobile is different from designing for standard consumer applications—and we’ll discuss each of these matters in more detail in a future blog post.