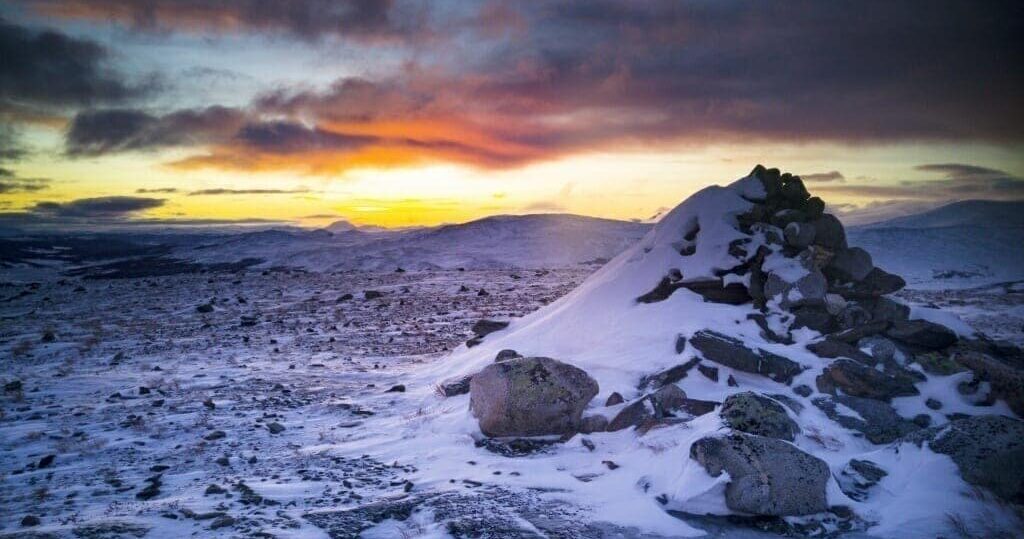 Adding a new country to your list is always an experience to be relished, even when that country is going to mean -15degC, windchill and hiking up big hills in driving snow and howling winds. Life is not meant to be lived in one place, so when the chance comes to travel you should always take it.

And so I found myself in the middle of Norway on a trip to photograph Musk Oxen and to try to capture the Northern Lights… on a mobile phone. Yes, wildlife and one of the most hit-and-miss spectacles nature has to offer. Clearly, I thought my luck was in…!

In packing for the trip, there were two things that I wasn’t going to leave home without – top of that list of two was the first SanDisk EPIC certified mobile phone, the LG V10 and following closely behind was my brand new SanDisk Extreme 510 SSD for backup. With all the weight of other kit I tend to tote around with me, a high quality mobile phone camera with manual controls and the ability to shoot RAW, and a 89g, 480GB SSD were not just luxuries, but essentials in helping me capture the trip and store it safely until I could get back to the studio.

With only 5 days on location, finding the Musk Oxen was expected to be a challenge, but ironically, we found them on the first morning! I was hoping it would be a good sign for the Northern Lights too, so I kept my fingers crossed.

The first day was spent with the Musk Oxen. These prehistoric sheep can weigh 400kg and run at around 45k/hr – so you don’t want to get too close, nor do anything to upset them.

When you’re out hiking in the cold and snow, battling through knee-deep snow against a biting wind, you often see things you might want to shoot, but stopping to grab a camera from the bag is too much hassle when you’re heading somewhere specific to try and catch the light. In those situations, reaching in to a jacket pocket to pull out a phone and shoot the scenery, or even capture some 4K video for a behind the scenes piece really does add another option to your story-telling repertoire – but you have to be sure the quality is going to hold up. Offering manual controls and RAW image capture, not only can you make sure the exposure is spot on while shooting, but you also have the chance to do more than add just an instagram filter once look at the pictures later.

Shooting with several cameras and a mobile phone does mean a lot of data is generated. While it is all stored on a mix of flash memory – iNAND and microSD in the phone and CF or SD in the cameras, having data collated into a central location too means you have two copies and are more protected against device loss – something that can happen when fumbling with gloved fingers in the cold. The Extreme 510 SSD makes a perfect travel companion in these environments. Not only does it not need additional power, but it’s fast and can withstand the harsh life of a travel photographer trotting around the world.

These two have made their way into my full-time travel kit now. With so many things to think about when shooting and travelling, it’s nice to know there are two constants that keep life simple.