From Fortune 500 to Startups: the SSD Goes Mainstream

More than 20 years ago the SSD served as a niche product for industrial use with a prohibitively high price tag. Initially, SSDs were almost exclusive to supercomputers where cost wasn’t a barrier, and only later became available for computers. In 2007, SanDisk introduced 1.8-inch and 2.5-inch SSDs for notebook computers, the first step to make SSDs a viable and economically attractive storage solution.

You likely still remember the time SSDs were used as high-end devices reserved for enthusiastic gamers or professionals in the field of media production. But today, SSDs are a force majeure taking over market share for laptops and enabling a whole new market of ultra thin laptops, tablets and more. Many industry-leading manufacturers are trending ever closer to an all-flash line of computing products.

So what are the technological trends that have transformed this product from high-end niche market to mainstream? Let me share with you six reasons.

Thin is In! If SSD technology was initially designed to transition from hard disk drives (HDDs) in existing devices, (ever wondered why mobile 2.5’’ SSDs and HDDs are shaped similarly?), today devices are designed from the ground up with flash technology in mind.

For example, the M.2 form factor is a flash-based SSD that has revolutionized mobile computing. M.2 SSDs are designed for high-performance and low power storage in thin and ultra mobile notebooks. Just this year, we released a 1TB SATA M.2 form factor sized like stick of gum with a mere 1.5mm height. That’s less than the thickness of a U.S. quarter!

More Performance, Less Power Consumption Being 20x more power efficient than previous generations of SSDs means that OEMs can build mobile devices and laptops with far greater battery life and often, as SSDs release less heat, with fewer or even no fans.

For laptops vendors, this means they can avoid creating heavy, clunky laptops that burn your legs, break your backs and disrupt video conversations with loud spinning fans. Users have laptops they can actually take real advantage of when traveling, and spend far less time searching the airport looking for a charging spot. For organizations, this means employees spend time on being productive rather than worrying about battery life or too small airplane trays.

The Biggest Performance Jump for Laptops There’s a common belief that putting a better CPU into a computer will dramatically improve performance. It is true that a faster CPU can give you an incremental boost in performance. However, for the about the same cost, an upgrade to the SSD delivers a quantum leap of performance. When it comes to notebooks, no component can change the user experience like moving to an SSD.

Security without Compromise Stolen laptop? Lost luggage? Left the notebook on the taxi seat? Protecting an organization’s data is no easy task with the onslaught of mobile devices. Self-encrypting drives (SED) are not a flash-only phenomena. But you will see better performance with an SED SSD and likely more features.

For example, SED version of the SanDisk X400 SSD enables users to protect sensitive documents quickly and easily, safeguarding data from theft or disclosure, while supporting TCG Opal 2.0 for interoperability with a wide spectrum of security software platforms.

Predictable End of Life IT departments have enough on their hands without needing to replace dead drives and restore data. Without moving parts, flash-based SSDs are far more reliable. In fact, SSDs are designed for a particular life span, or endurance. This is often measured in terabytes written (TBW). For example, the SanDisk X400 SSD was designed for a superior experience and endurance levels of up to 320 TBW (terabytes written), our highest ever for a client drive, and it’s backed by a 5-year warranty.

In practical terms, it means that a 256GB X400 SSD has been tested to operate for more than 5 years, with a workload of approximately 40GB/day. These benefits also make the X400 SSD an optimal solution for enterprise or other OEM customers who need a highly reliable solution for systems that are broadly deployed in the field, such as digital signage, networking gear, point of sale (POS), and commercial PCs.

TLC flash can pack more data into the same footprint of flash chip and in doing so brings down the cost to near disk levels. This approach does come with several challenges though, so you need to make sure your pick the right flash vendor. SanDisk has developed a unique hybrid approach that enables both the density and lower cost of TLC while successfully addressing any endurance, reliability or performance challenges.

So let’s talk capacity. At a first glance, this is still an area where HDDs triumph, particularly on a dollar per gigabyte basis. But do yourself a favor and look again. With the performance benefits, reliability, and power, heat and noise reduction benefits, you really should never ever compare the costs on capacity alone. But even on a price per gigabyte (GB) basis, today, a 128GB SSD already costs less than the same capacity in an HDD. Before 2018, we expect the same happening with 256GB SSD.

You may ask, ”Can an SSD with ‘only’ 128GB, 256GB, or even 512GB truly be enough capacity? In the vast majority of cases, yes. For one thing, most of our photos, music and videos can be easily stored in about 256GB, especially as we start to rely on the cloud or on some sort of shared platform outside of our computer. And in corporate IT environments, our research shows that the capacity usage right around 256GB.

For corporate usage, laptops don’t need much capacity as they largely store only documents and presentations (and many of those sit on the corporate cloud or SharePoint type of application). However, all corporate users expect their machines it to be fast and responsive, especially when booting a virtual desktop. 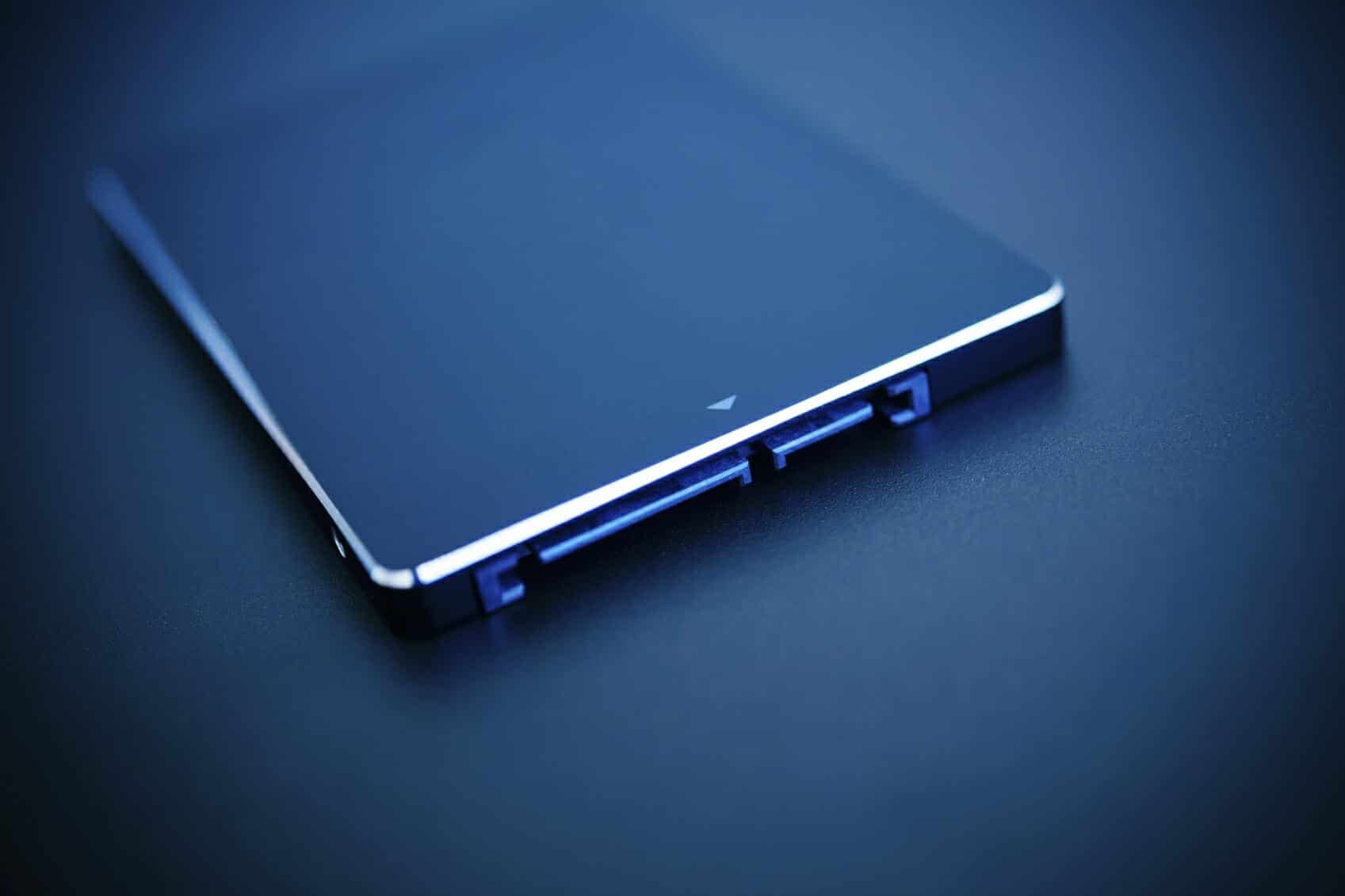 Step Up to Solid State

Both SSD pricing and laptop sales are all pointing in the same direction – SSDs are taking over the mobile PC storage market. For IT departments who are looking to deliver the most cost effective and impactful upgrade for their organizations’ workforce, SSDs should come as a first choice.

Keep in mind that with flash, the devil is in the details. It takes a deep understanding, knowledge and experience to bring a well performing TLC SSD to the market. Not every company can take TLC flash and make a robust SSD out of it.

SanDisk has always been at the forefront of R&D of flash technology. As we create our own NAND, we understand its technology best. Our solutions undergo rigorous testing not only in our own labs, but also in the labs of our OEM partners, to guarantee some of the most innovative, reliable, affordable and best performing SSDs in the industry.

With 20x faster, 5x more reliable and less than 1/20th the power of hard drives1, multinational enterprises and startups (that will one day span the globe, too) have an optimal choice, now that the SSD went mainstream.

Sagiv is Director of Product Marketing and Strategy at Western Digital, with over 18 years experience in the computer hardware industry.