HDDs vs. SSDs – What’s Ahead in the Evolution of Storage? 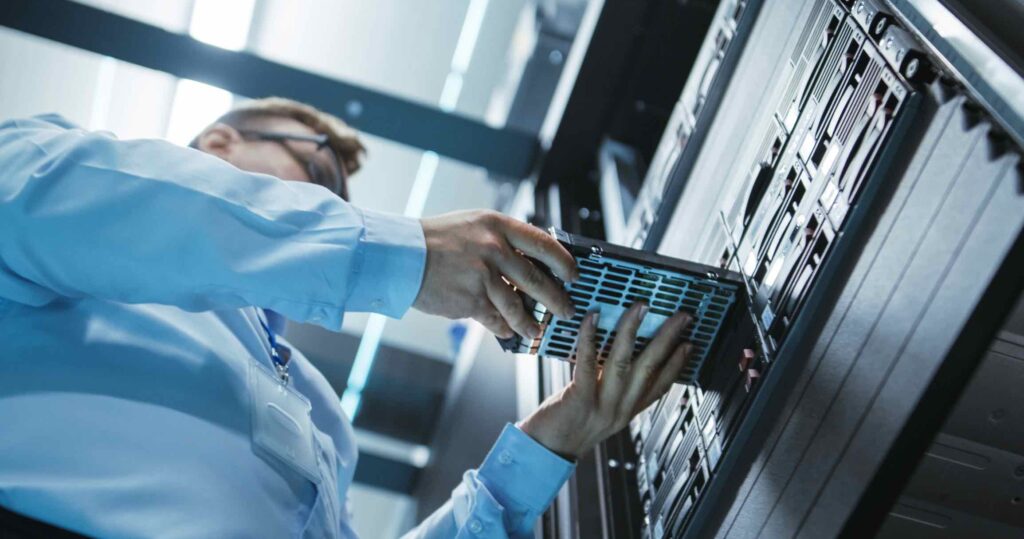 Will Hard Disk Drives (HDDs) or Solid State Drives (SSDs) lead the data storage space? You might be asking the wrong question. Storage devices are not entirely competing with one another, they very often complement each other. With the challenges and possibilities of data ahead, we need both in their respective environments. Here’s an overview of where we are and what’s awaiting us.

The Role of HDDs

Magnetic media is a well-established medium with deep roots across the data storage ecosystem, from hardware to operating systems and applications. In addition, data transfer interfaces as well as protocols (SAS, SATA) have been standardized and perfected for magnetic drives, and applications have been designed and optimized to work with magnetic media as primary storage devices. If applications need ultra-high performance (such as for in-memory compute), data is often stored in caches (SRAMs) or memories (DRAMs).

The Birth of SSDs

In the past 3-4 decades, CPU performance increased manifold and processors can run numerous highly diversified compute workloads. For such demanding environments, CPUs frequently utilize on-board caches and memory. This led to a big performance gap between processors and magnetic storage media that necessitated a new kind of storage device – Solid State Drives (SSDs).

SSDs have semiconductor NAND flash as underlying storage media, which has significantly higher performance, consumes lower power and is capable of offering higher capacities than magnetic drives. It was in 1991 that SunDisk (later known as SanDisk) shipped the world’s first Flash-based SSD, a 20MB 2.5-inch HDD replacement, to IBM® for their ThinkPad® pen computer. At that time OEM price was $1,000 or $50 per MB! Thankfully, relentless technology innovations have driven the cost down 50,000 times to $0.001 per MB or $1.00/GB, [1] which has brought SSDs to mainstream adoption.

How Do They Compare?

Until today, SSDs have mostly leveraged conventional HDD form factors such as 2.5” etc. as well as protocols (SATA, SAS) to minimize the usability and infrastructure changes required to adopt this technology. They come with many advantages, but it’s common knowledge that they are still pricier than HDDs. However, in a data center environment, this cost equation may change. The reason is that in many workloads, SSDs’ high performance capabilities enable consolidation that can have lower Total Cost of Ownership (TCO) and Total Cost of Acquisition (TCA) than HDDs.

HDDs offer other benefits and features that are tailored for traditional enterprise applications and mission-critical needs. They are particularly beneficial for high capacity/low performance or sequential read applications where the cost of each bit matters more than any other metric. HDDs have also been short stroked (i.e. data sits only at the outer sectors), as one possible solution to increase drive performance. However, this leads to a cost increase in terms of $/usable GB.

Why Different Devices Are Needed

The enterprise world is ever demanding, constantly changing, and has an increasingly diversified as well as complex workloads (ERP, CRM, SCM, Databases, Content Caching, Data Mining and Predictive Analytics) and infrastructure to support (Virtualization, Software Defined Storage, Public, Private Cloud etc.). The gamut of workloads and infrastructure options triggers a need for storage devices with a spectrum of performance, capacities, endurance, form factors, device features, and prices. This is because the requirements of enterprise workloads differ significantly. Clearly, it does not make economic sense to pay for rocket engine performance when a small motorbike engine is sufficient.

Today, the breadth of choice goes much further than simply HDDs vs. SDDs. New innovations such as our helium-sealed drives that brought about the industry’s first 12TB HDD, and Shingled Magnetic Recording (SMR) HDDs have enabled a continued increase of HDD capacity as well as lower power consumption and higher reliability. SSDs are seeing continued innovation in different and new form factors, blazing performance capabilities, and various features to meet unique requirements of complex enterprise workloads and cloud infrastructure needs.

What’s Ahead in the Evolution of HDDs vs. SSDs?

The pictures above show HDD and SSD performance and price convergence. As you can see in the left chart, SSDs offer far greater performance using traditional SAS and SATA protocols, but they also take advantage of unique interfaces, such as PCIe, which offers a direct connection to CPU. This streamlines the processors with the storage stack and delivers significantly higher performance than conventional devices and protocols.

On the right-hand chart you can see how the price gap between SSD and HDD is converging. Innovations such as 4-bit X4 NAND will further accelerate this convergence brining flash to more workloads and use cases.

Non Volatile Memory Express (NVMe) standard is a relatively recent addition to the enterprise SSD landscape, and a key milestone in the evolution of SSDs.

NVMe is a rich protocol optimized for nonvolatile memory media directly connected to CPU via PCIe interface. The protocol capitalizes on multiple parallel and low latency data paths to flash devices, similar to the parallelism in CPUs, which reduces IO overheads and results into higher performance. NVMe also consumes fewer CPU cycles than SCSI and ATA protocols. The protocol supports 64K commands in a queue compared to 256 from SAS and 32 from SATA drives enabling more rigorous application workloads on fewer devices resulting into smaller physical hardware footprints. In addition, it also provides multi path IO and namespace sharing over PCIe ports. It has many advantageous features such as live firmware updates, end-to-end data protection, and out-of-band management interface to manage devices.

NVMe devices have demonstrated leadership performance, with up to 1.2M IOPS, and many value added features (such as the ones I named above). Application workloads such as databases, virtualization, data mining, real-time analytics, and other high performance compute can take great advantage of such a high throughput and lower latencies.

However, not everyone needs the maximum of what NVMe can deliver (nor the price tag). There are many non-high performance compute applications such as boot, logging, caching, streaming, indexing, and IoT infrastructure, which can leverage the benefits of higher performance but require less unique features. For this reason the NVMe market is divided into two segments – Performance and Essential NVMe. The Essential NVMe segment has incredible potential for growth because most applications today are able, or getting in a position, to take advantage of the benefits of these devices.

The Evolution of the Data Center

As we move forward, organizations face increasing pressure to reduce their capital and operational expenditures and improve bottom line while continue to expand business, take on more workloads and harbor massive amounts of data for business insights. The aggressive goals are pushing for new system architectures such as disaggregation, virtualization, and hyperconverged infrastructure that can increase system agility, manageability, improve overall infrastructure utilization and system efficiency to enable organizations to extract more value from data.

HDDs and SSDs will both continue to play a key role in both Big Data and Fast Data scenarios. We will see SSD prices continue to go down due to innovations such as X4, and Innovations such as NVMe will open up new possibilities for data. With the help of new and feature rich storage devices, we will see new system architectures that will allow organizations to maximize returns on infrastructure for complex and highly diversified enterprise workloads and to take advantage of the possibilities of data. As one of the largest storage and system companies in the world, we see how more and more customers seek solutions based on their workload and requirements of storage media, durability, reliability, form factor, interface, access density, power consumption and other important attributes. We are moving more and more towards specialized workloads. As storage devices evolve, the evaluation and consideration will not be about HDDs vs. SSDs, but rather about finding the most fitting solution to support your application and business needs.