Have a Heaping Helping of 12TB storage! 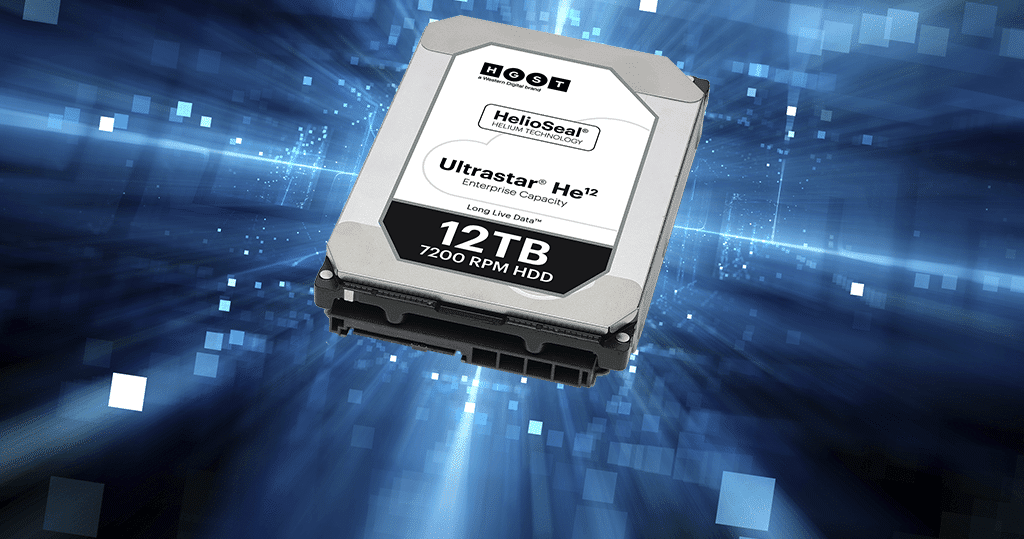 PC’s, smartphones, tablets and digital cameras; we generate massive amounts of content that’s stored and shared every day. Our homes and cars have become more intelligent and generate data—with or without our active participation.

Surveillance cameras and automobile dash cams record our every move. Sensors and smart devices, from watches to fitness trackers add to the accumulation.

Today the need to store data presents itself everywhere we turn. And most of that data is growing in the cloud.

While Data is growing, Budgets are Under Constant Pressure

Whether a corporate IT department or a Hyperscale datacenter, the need to store more has to balance against cost. Cost of the storage devices themselves as well as infrastructure in the form of facilities, servers, racks and communications gear.

Historically, the best way to lower the effective cost of storage is to increase the capacity of the hard drive while efficiently utilizing the infrastructure. The challenge has been smaller and smaller gains in “organic” areal density growth. This is the ability to store more data on each disk through advances in recording technology.

So, areal density growth presents a problem…which we solved.

Several years ago, we introduced the world’s first helium sealed drive, the HelioSeal®, He6. It was the world’s first 6TB drive. Along with the use of helium, our HelioSeal technology enabled the use of thinner disks, providing the ability to design a drive with 7 disks vs. the maximum 5 then available in an air based design.

Helium, with an atmospheric density 1/7th that of air, provides a stable, turbulence free, environment for these thinner disks to operate in. Turbulence and “flutter” are enemies to the tighter and tighter recording densities needed to increase capacity on each disk.

Introducing the He12 – Highest Capacity Hard Drive in the WORLD

As the leader in helium sealed technology, we’ve continued to innovate. 8TB, 10TB, and now 12TB. We are proud to announce the highest capacity hard drive in the world, with our 4th generation HelioSeal HDD—the HGST Ultrastar He12.

Built on a new, innovative 8 disk platform, the He12 leverages all the learning from our three previous generations of HelioSeal drives. Increases in areal density, combined with the additional disk, provides 50% more capacity in He12 than is currently available in an air based drive.

The thinner atmosphere in a HelioSeal drive allows the disks to spin freely with less friction. This lowers power consumption, which combined with the higher capacity, further lowers the total cost of ownership (TCO). Power is increasingly a critical component of the cost equation, as it is the single biggest operating cost for expanding datacenters.

And if that wasn’t enough, we are going to extend this 12TB HDD to 14TB, leveraging Shingled Magnetic Recording.