The Rise of Helium 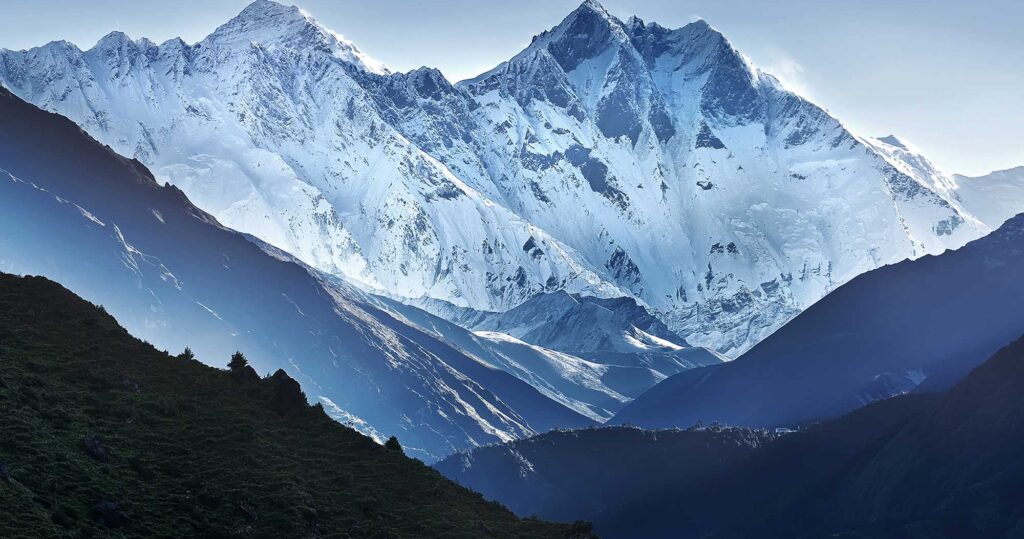 We live in an amazing time. Every day new and innovative apps change the way we interact with the world. Map Your Hike apps have changed the way I work out by mapping my weekend hikes. I then share those accomplishments with my community of friends and also follow celebrity achievements.

I recently followed a small team in pseudo real time as they attempted to summit the tallest mountain in the world… Mt. Everest… without supplemental oxygen. They documented their journey on social media. I was virtually invited into their tent, and I followed their ascension route over a period of weeks as the climbers acclimated to the high altitude.

What it Takes to Make a Breakthrough

To climb Mt. Everest, a lot of things have to come together to make the impossible possible. Technological advances in various disciplines (GPS, cold weather gear, accurate weather forecasting) now make summiting a possibility for hundreds of adventurers each year. The first known attempts to climb Everest started in 1922, and it took over 30 years before Hillary and Tenzing made the first summit in 1953. Twenty-two years later (1975), Junko Tabei (from Japan) became the first woman on the summit (and 38th overall).

We often forget the years of investment required to make a breakthrough. Our helium sealed (HelioSeal™) hard drive is the perfect example. At high altitude, the lack of oxygen becomes deadly for those attempting to summit Everest. The human body needs air. So does a hard drive. The read/write heads inside of a hard drive actually fly over the disk surface on what we call an “air-bearing”.

Without air, the heads will crash into the disk. But the problem with air is that it creates turbulence. So engineers sought after a less dense element. Hydrogen is the least dense element. But it won’t work. The 1937 Hindenburg disaster provides a good lesson for why the use of flammable hydrogen is a bad idea. Helium is the second lightest and second most abundant element in the observable universe. As Helium is inert, it doesn’t react with anything. Being 1/7th the density of air, replacing the air with helium reduces turbulence inside the drive, delivering a myriad of advantages.

HDD manufacturers have historically used helium in the manufacturing process when writing the delicate servo code, similar to putting parking stripes on a newly paved parking lot. The servo code helps the drive know where the data is stored on the otherwise “blank” disk and must be very accurate. Helium enables very accurate servo writing, but after the servo code is written, the helium is replaced by air.

The reason is simple. While the small size of helium benefits servo writing, it is extremely difficult to seal the helium within the drive. Anyone who has purchased a helium filled balloon knows that after a few days, the helium leaks out. Investing over 15 years of R&D, HGST solved the sealing challenge and launched our first high volume 6TB HDD (Ultrastar He6) years before the competition. As I mentioned above, sealing the microscopic helium particles in not only keeps helium from leaking but it also keeps much larger contaminant particles out, improving drive reliability. Although not an approved use, we have demonstrated the seal’s effectiveness by immersing running drives in a tank of non-conductive cooling liquid.

Years before the first consumer smartphones became mainstream (2007), our San Jose Research Center demonstrated a helium sealed prototype HDD. Research continued as we installed our first laser welding machine over a decade ago. Constrained to the 1” high form factor, we used thin disks to increase the number of platters from 5 to 7 disks to reach from 6 to 10TB. Using even thinner media, and incredible mechanical ingenuity, we packed in 8 disks for our 12TB Ultrastar He12. All while still maintaining the same enterprise specifications as previous generations.

Rise Above the Rest

The key to achieving the best TCO is to reduce power consumption while packing more data into the same HDD footprint. Helium makes today’s high capacity hard drives a possibility. We are now shipping our largest HDD ever, the HGST Ultrastar He12. At 12TB, the He12 provides 50% more capacity than the nearest 8TB air product. And uses 54% less power per TB. All enabled by HelioSeal technology.

A Recipe for Innovation

You might think of storage as a simple ingredient, but that couldn’t be further from the truth. We spent decades perfecting HelioSeal, or helium sealing, starting way back “in the olden days” before smartphones even existed.

The perfect recipe for innovation combines massive storage mixed well with a dab of compute, and then filled with a great idea.

Maybe we didn’t help the climbers climb Everest, but we certainly provided key storage technology that enables them to share their experiences with the world. When your friends share a photo of their kids on social media, or share a video clip of their kitten on a popular video site, you can know that without helium and high capacity storage that we pioneered, none of it would be possible.

We provide the key storage ingredients for the best ideas.