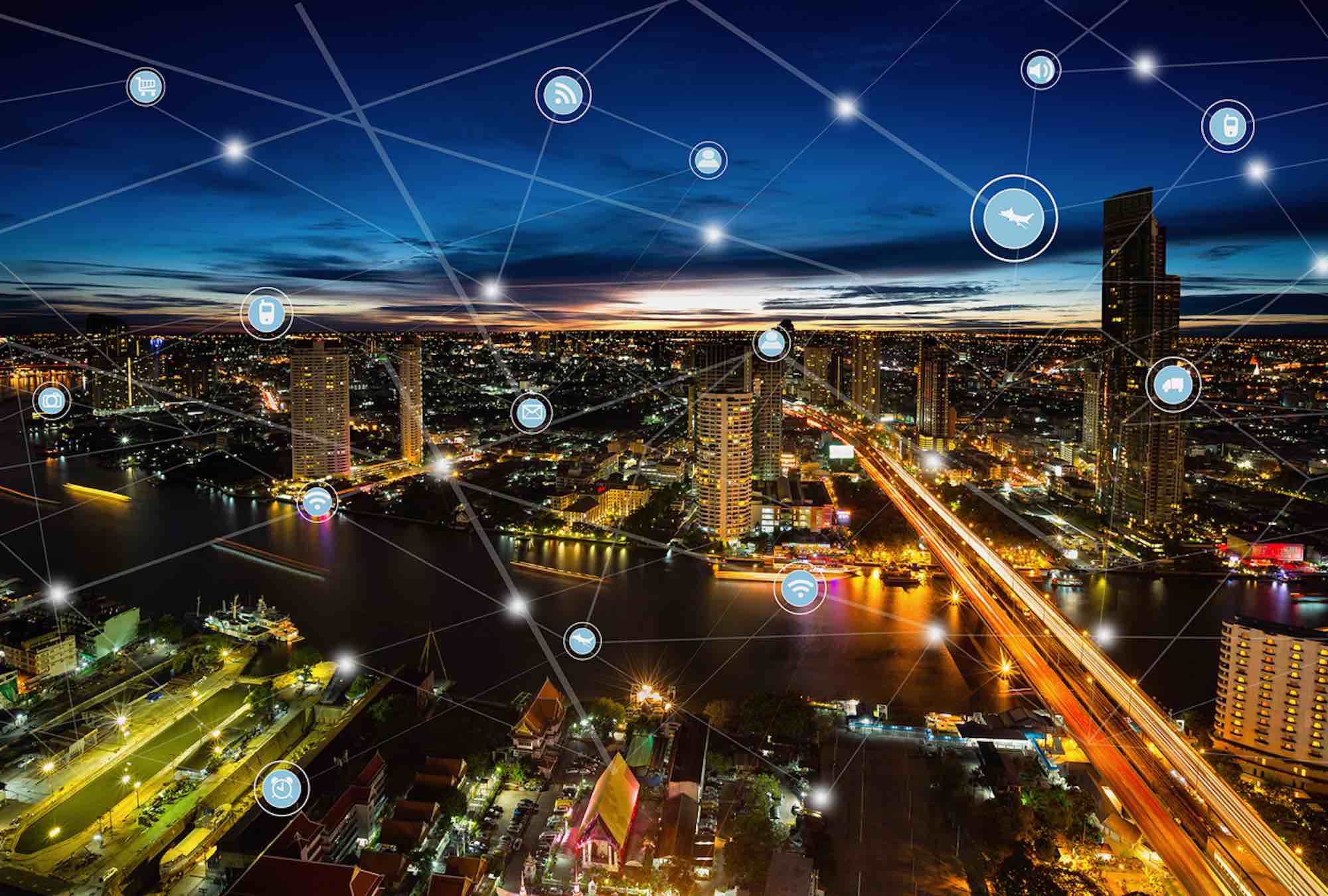 The Rise of Smart Cities and Connected Life

Copenhagen. Barcelona. Singapore. These are amongst the top cities that show up in online searches for the world’s leading Smart Cities. Copenhagen is known for its leadership in clean technology, and commitment to being carbon neutral by 2025. Barcelona monitors rainfall using sensors in the ground to optimize the city’s sprinkler systems, saving water. Singapore employs smart traffic monitoring and efficient lighting. What do these cities have in common? A goal and desire to increase the sustainability, security and efficiency of its infrastructure to improve quality of life for its citizens.

You might wonder, what makes a “smart city” smart? What’s powering these cities’ smart initiatives? And how do smart city initiatives bring about a more connected life?

Data is at the Heart of Smart Cities

New Internet of Things (IoT) applications and devices such as sensors, security cameras, digital kiosks, and more are leveraging ubiquitous connectivity, big data and analytics to usher in an era of Smart City initiatives. Coupling this with the data pouring from the technology on our wrists and in our pockets allows cities to virtually monitor, manage and control systems across its disparate communities.

Data is pouring in at enormous rates from IoT devices. But the data alone is not what makes a smart city. It’s what you can do with the data, through analytics, that provides value for smart cities.

[Tweet “Would you live in a smart city? What makes a city smart? Find out here.”]

Smart City Data, Storage, the Edge and the Cloud

So let’s talk data analytics. Data analytics can be performed either close to the source, at the edge, or centrally in a data center or the cloud. Each option serves a different purpose.

Traditionally, data analytics is perceived as a function in the cloud. In IoT however, being able to compute on the devices themselves, close to the edge, allows for immediate response to environmental triggers. A good example are traffic lights. With the benefit of edge computing, they could adjust themselves as necessary to reduce congestion or turn on only if someone is approaching to save energy.

When IoT data is sent to the cloud, it allows for Smart Cities to aggregate potentially billions of data points to make more informed decisions. By using artificial intelligence (AI) and machine learning (ML), cities can pull deep insights and actionable information from the massive streams of incoming data. Barcelona’s data analysis of rainfall patterns over time enables the city to optimize its water resources, saving money and water.

Whether storing and analyzing data at the edge or in the cloud, cities around the globe are taking steps to become smart cities. They’re centralizing and computerizing energy management, waste management, transportation systems and more to realize a more connected life. The ability for cities to make infrastructural improvements at a large scale gives its citizens more convenience, efficiency, safety and security.

As part of our discussion about the evolving world of Smart Cities, Western Digital recently teamed up with ReadWrite (http://readwrite.com) to host a Smart City Panel titled “What happens when a city comes to its senses?” Check it out to hear more about what happens when connected life comes to life.