The Inside View of the Indian Market 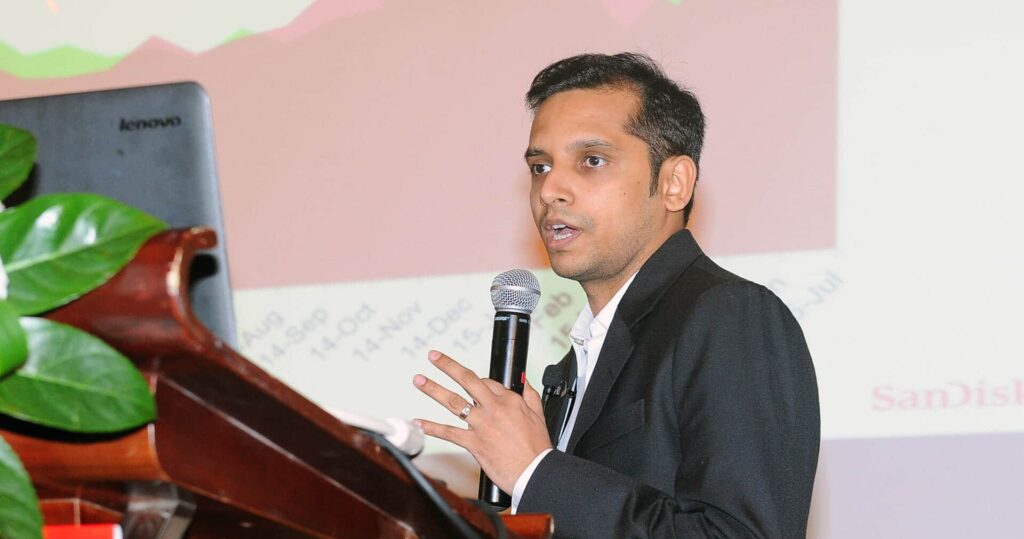 Who will coin the perfect $150 phone?

That’s the question when it comes to the smartphone market in India, according to panelists at Future Proof Storage 2015, our annual summit on mobile technology.

The answer could have lasting impact as well too because the companies that set the pace in India will be in the pole position in serving five billion people in emerging economies who have yet to buy a phone.

“The next two leaders are either from India and Africa,” said S.N. Rai, co-founder of smart phone manufacturer Lava International, which serves India, Bangladesh, Thailand and other countries and is currently expanding factory capacity to produce an additional 80 to 90 million phones.

India is currently the second largest market for smartphones in the world, second only to China, according to Neil Shah, research director for devices and ecosystems at Counterpoint Technology Market Research. Look at the chart below. Smartphone shipments have climbed 5x in three years, from 22 million in 2012 to 1134 million in 2015. Unique phone users will hit 563 million this year, still less than half the population.

The demographics of the market, however, are quite different than what many manufacturers might be used to. 59% of the market consists of sub-$100 phones while only 22% are in the $150-$300 band, according to Shah.

More than 40% of total shipments are phablets. More than 50% of the $75 and up phones fall into the phab category (5-inch screens and above) and phabs will start to surge in the below $75 segment. Part of the reason is multimedia. “India is one of the most content-hungry countries,” said Rai.

Even with the comparatively low price points, memory capacities are rising. 8GB will replace 5GB at the base level. 16GB phones are becoming more common in the sub $100 segment while in the $400 and above category, phones with 32GB and more rule.

Right now, one of the most attractive opportunities is the “affordable premium” segment, Sha said. Phones in this space would be phablets with 32GB of memory, LTE service and 13 megapixel cameras that sell in the $150 to $300 range.

Interestingly, $150 is also the upper boundary of the price band that currently lacks a clear leader, he added. In terms of brands, Indian manufacturers account for 44% of shipments and are heavily concentrated in the $75 and below segment. Micromax, the number ten smartphone manufacturer by shipments worldwide, is the number two overall company in India, second only to Samsung.

Chinese manufacturers lead in the $75-$100 segment and have seen their collective market share zoom from 9% to 17% in the past year. Lenovo has been of the largest gainers, he said.

The other multinational brands lead in the $150 and above segment. However, their share has recently taken a hit, dropping from 49% to 39%.

Will multinationals use Moore’s Law and direct sales through ecommerce to recover lost ground in the $100 to $150 range, or will they be outflanked by clever bundling and new designs from Chinese and Indian manufacturers moving up from the sub-$100 segment on their way toward the $150 to $300 affordable premium range? Stay tuned. And again, whatever happens in India could be a preview for what happens next in Africa and other parts of the world.

Expect to also see plenty of jostling around carrier market share in India. There are more than ten carriers in the country, said Shah, making India ripe for disruption. Vodaphone and Airtel have shown a track record for being hyper efficient when it comes to rolling out new customer services, he said.

Reliance Jio, the upstart cellular service from the sprawling conglomerate, is starting to promote LTE for the sub-$75 segment. 3G remains dominant in India, accounting for 70% of shipments. LTE, though, is growing with 21% market share in the second quarter, particularly in the $75 to $150 segment (There’s that price again.) On paper, that makes Reliance look somewhat attractive.

Rai, though, cautioned against quick conclusions. “I have never seen Reliance succeed as a consumer brand,” he said.