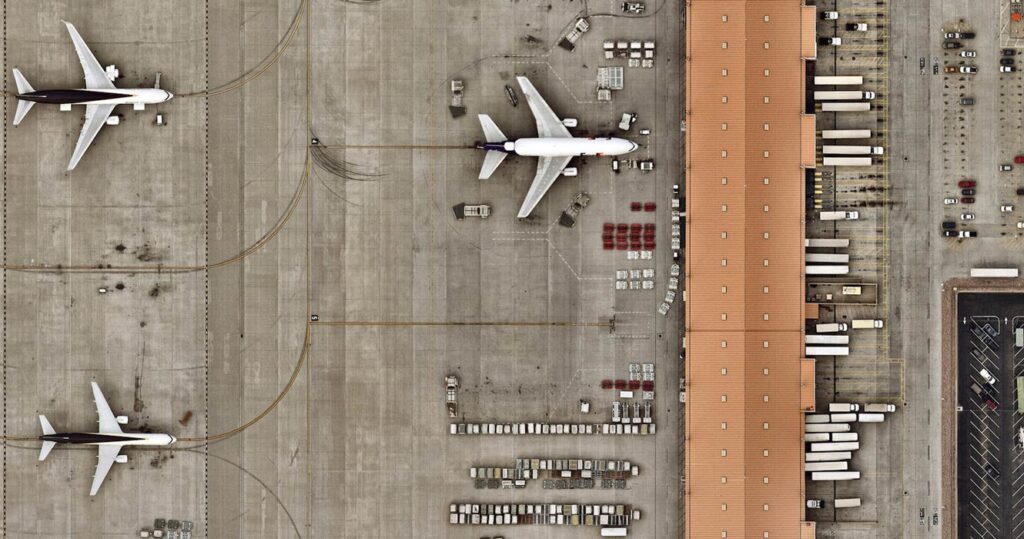 In 1879, inside a New Jersey research lab that would become the proving ground for General Electric, Thomas Edison invented a light bulb that burned for 40 hours.

Today, the spirit of innovation continues to permeate the iconic American manufacturer. Out of the Forge Lab, part of G.E.’s Global Research campus in Niskayuna, New York, Ben Beckmann and a small team are investigating how blockchain could figure into G.E.’s global operations.

Blockchain is the technology underlying cryptocurrencies, and it’s riding an immense hype wave. Tech virtuosos are using it to reform the gig economy, and big companies are migrating their services to its architecture—all while G.E. and others are building entire teams to unlock its potential.

Beckmann, a senior scientist at G.E. and the company’s blockchain mission leader, is charged with separating the blockchain hype from legitimate promise. And there are few better places to experiment than G.E., which is among the world’s largest companies and provides products and services that millions of people interact with daily. It’s critical that these products, and the data that surrounds them, are secure and reliable. Beckmann believes that blockchain is uniquely capable of making sure that’s the case.

When he first heard about cryptocurrencies in 2010, Beckmann bet a colleague that they would fail. They didn’t, but his interest was piqued by the underlying technology. Fast forward to 2018, and blockchain is Beckmann’s full-time focus.

”Now that I’ve been able to study blockchain,” he says, “I have very high confidence in its capability.”

Beckmann and his team at G.E. are exploring how blockchain might fit a variety of use cases. They’ve tested its ability to structure flexible renewable energy marketplaces, and looked into how it might automate maintenance requests for G.E.’s internet-connected industrial equipment. Now, the team is exploring how blockchain could streamline supply chain management—an application that could have far-reaching impact given G.E.’s size and global footprint.

One project focuses on G.E.’s growing additive manufacturing division, which makes intricate parts for jet engines, trains, medical devices, and other equipment used by G.E. divisions and other manufacturers. The project, like Beckmann’s other pursuits in the Forge Lab, is still in testing. “We’re just demonstrating what’s possible,” Beckmann says.

And the possibilities are immense.

Take, for example, a 3D-printed commercial jet engine fuel nozzle. G.E.’s reputation—and the safety of the jet’s eventual passengers—depends on that nozzle being of the highest quality.

The blockchain helps to support that quality by permanently recording every step in the nozzle’s construction. With blockchain, the record exists on a decentralized network, helping to prevent any individual from altering the transaction history. That tamper-resistant quality means that everybody involved, whether factory production managers or maintenance technicians or even airline executives, can be confident that parts are ready for flight.

Fewer Kinks in the Chain

Touchpoints and costs add up quickly for something as complex as a jet engine. G.E. sources materials from far-flung sources, and at each step in the supply chain, the company must abide by terms of different contracts and work with banks along the way to verify payments.

But the banks’ verification services become unnecessary when payments occur over the blockchain. In the same way that cryptocurrencies are transferred from one wallet to another, payment for the nickel alloy used to print the fuel nozzles can pass without hiccup.

”If you could start to automate [the supply chain] process,” Beckmann says, “then all of a sudden you have the opportunity to reduce cost in a very large-scale system, like the delivery of food or the delivery of fuel.”

Borrowing from Other Innovators

In the case of additive manufacturing, G.E. has built its own “closed-chain” blockchains, which use the same basic software as global blockchains but limit who can see the transactions. Since these transaction histories contain sensitive information, it’s important to secure the data.

But for other applications, such as trading renewable energy, G.E. has tapped into existing blockchains, including those built by a global community of developers to trade popular cryptocurrencies.

“There’s a lot of development going on out there from some very skilled people and organizations, and we felt that to get our sea legs, we should build on top of what they provided,” says Beckmann.

That strategy has freed Beckmann and his team to tinker in what could be a fledgling industrial revolution. He likens blockchain to the internet. At first, serious programmers were able to use it. But as more layers were added, and the user experience improved, it became enmeshed in our lives.

Beckmann uses words like “database” and “web server” to evoke everyday technologies that make modern life possible—and he predicts “blockchain” will soon be one of those words.

It will just be “part of the world that exists,” he says.

To learn more about how blockchain can unlock the data marketplace, download our report created in partnership with Accenture.

This content is produced by WIRED Brand Lab in collaboration with Western Digital Corporation.

Bringing Data to Life in the Metaverse