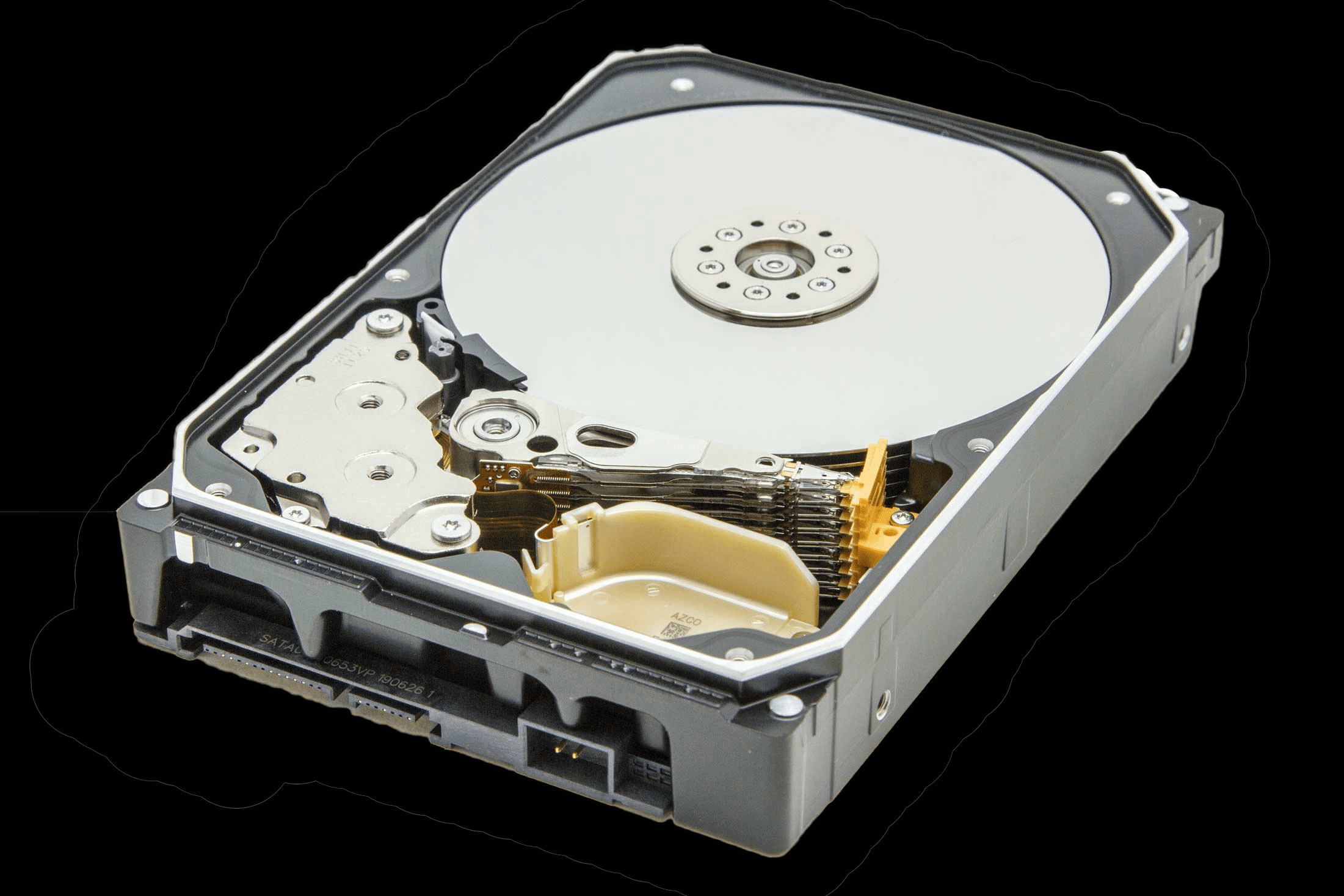 In ten years, we have gone from 2TB HDDs, using 5 platters, to cramming 2TB onto just a single platter. Some say it’s magic–we say it’s innovation. Here’s a look inside the magician’s hat at our new 18TB and 20TB HDDs.

It’s sometimes hard to imagine our world before data was interminably at our fingertips. But it really wasn’t all that long ago. Twenty years ago, integrating mobile phones and photography was a concept taking its first clumsy baby steps.  Ten years ago, the biggest hard drive you could purchase was a 2TB beast that contained five spinning disks and ten heads.  At the time, it was incredible that we could pack that much into a tight, one-inch tall casing.  Over time, our leading five-platter design became an industry standard for data center storage.

Today, the world of storage is undergoing dizzying and exciting changes. Flash has opened up a new world of fast-paced personal computing, mobile smart devices, real-time insights and next-generation gaming. But at the same time, the explosion of data means that both consumers and businesses are moving data and applications from devices, machines, sensors and laptops to the cloud (public or private). With it, the demand for high capacity hard drives is only growing.

As we look to the future of HDDs, we are projecting $13B in revenue for industry enterprise HDD TAM by 2023 (based on analyst projection of exabyte shipments growing at a 32.5% CAGR). Yep, a pretty incredible clip.

While the hard drive industry has seen consolidation over the years, it remains hyper-competitive. Fortunately, we have one of the most innovative mechanical engineering teams in the industry.

Over the past ten years, our engineers figured out how to cram four more platters into that same one-inch case and to also use other innovations to increase capacity 10x from the aforementioned 2TB to 20TB for the highest capacity available using Shingled Magnetic Recording (SMR).  Optimized for sequential data, SMR enables innovative software developers like Dropbox to take advantage of the lower TCO that SMR offers – you can read their story here.

For general purpose applications, we are now shipping our 18TB Ultrastar DC HC550.  It now contains 9- disks which is one more than our last generation 14TB.  That equates to 2TB per disk!  We have gone from 2TB on 5-disks, to 2TB on a single disk.

That, and some very key innovations.

The benefits of helium in hard drives was recognized for years, but Western Digital was the first to figure out how to keep helium sealed inside a mass produced drive.  While we have made a few optimizations, the basic design has proven to be very robust and the 18TB represents our 6th generation of products.

As helium is 1/7th the density of air, a drive filled with helium will experience reduced turbulence inside the drive, which further allows the use of thinner platters.  So, while our 2TB 5-disk hard drive was limited by being an air-based drive, helium drives have gone from 7-disks in our 1st generation helium drive to 8-disks, and now 9-disks in our 18TB drive.

Reducing turbulence with helium not only enables more disks per drive, but it also allows us to put more data tracks on each platter.  In order to access those tracks, the actuator on an HDD controls the head and arm assembly. The triple stage actuator is the first and latest industry innovation which uses 3-pivot points to precisely control the position of the recording head, and is an improvement from our current dual stage actuator.

The triple stage actuator arm is like your arm.  With a pivot point at the elbow and the wrist.  The elbow provides course control, while the wrist gives you fine control.  Using both, a baseball pitcher can throw a wicked curve ball or a surgeon can do micro-surgery.  But put a cast on your arm, and it becomes difficult to eat supper when you can’t find your mouth with a fork.  The old dual stage actuator design just didn’t provide the precision needed for achieving higher track density.

Greater BPI is achieved by using the first commercial implementation of EAMR technology.  Energy-enhanced PMR (ePMR) provides a bias current that is applied to the recording head to improve writability.  And most importantly, it is based on current technology which allows us to maintain reliability and the performance needed for data center workloads.

And, we’re extending these advancements to broader product lines, like the WD Gold family that now features new 16TB and 18TB CMR HDD capacities thanks to our Ultrastar HDD technologies.

Why Does This Matter to You? It’s All About TCO.

Everyone is creating more data, and companies want to keep and access more data whether for regulatory requirements or so that they can mine it for trends and insight. As more data moves to the cloud, we want to help reduce the overall storage costs.  The best way to do that is to use higher capacity hard drives and reduce both the storage footprint and increase the storage density.

At the end of the day, higher capacity hard drives help drive down the cost of storage, which enables more data to be stored.  So, the next time you seamlessly backup that photo or video on your phone, or send a message on social media, remember that it is highly likely that Western Digital’s engineering wizards are behind the magic that the world takes for granted on your devices and in the cloud.