What Does Helium Have to Do with the Black Hole Image? 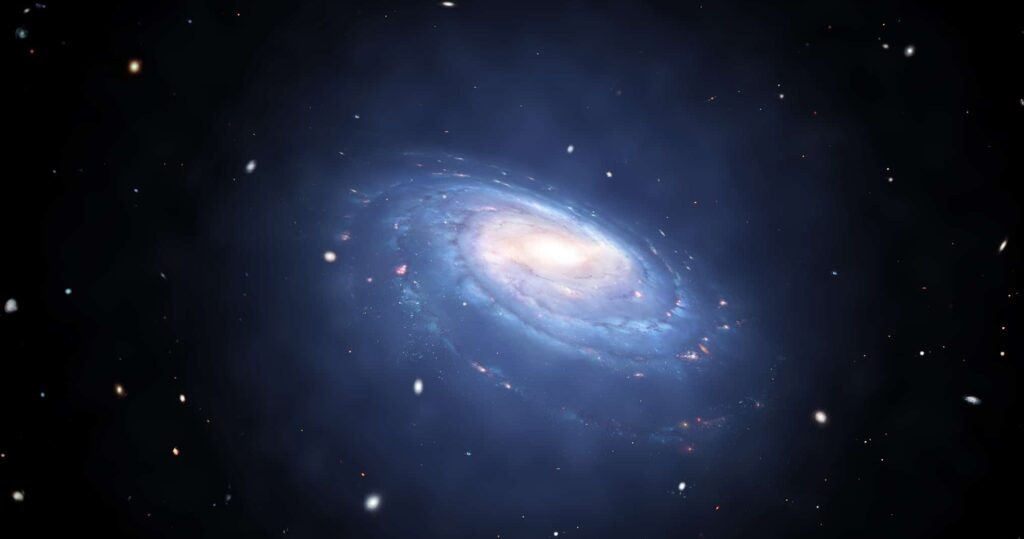 The unveiling of the first black hole image last Wednesday was a historic moment for humankind. The concept of black holes has fascinated scientists and science fiction lovers for decades because it has to do with the very nature of how we understand space and time. The first ever direct image of the event horizon, the point at which the force of gravity is so great, even light cannot escape, could validate the concept of General Relativity, a theory over 100 years old with far-reaching consequences about the shaping of our universe.

What You May Have Missed

There are a lot of fascinating details in this story: Capturing an “unseeable” phenomenon; a galaxy 55 million light-years away; a black hole measuring three million times the size of the Earth[1]; a mass that is 6.5 billion times that of Earth’s sun.[2] Yet one detail you may have overlooked is that the data that comprises this image was captured in 2017.[3]

As The Register discussed on Friday, to capture the data for this image, scientists needed to work together across an array of telescopes located at sites around the world. It required understanding the physics of black holes as accurately as possible, the creation of a new algorithm to render the visual representation of the black hole and designing hardware that can best support the unique task at hand.

In 2015, the Event Horizon Telescope (EHT) project shared they would be using our (then HGST branded) Ultrastar® HelioSeal® hard disk drives (HDDs) to store the captured imaging data for the supermassive black hole. These were the first, and at that time the only, sealed helium-filled HDDs in the world.

Using helium-sealed drives was the only way for EHT ensure that data could be captured in remote locations, particularly high-altitude observatories, where all other storage devices physically failed due to the harsh environmental conditions.[4]

At high altitude, the lack of air becomes deadly (think of all those who lost their lives climbing the Everest summit) not just for humans, but also for hard drives. The read/write heads inside of a hard drive actually fly over the disk surface on what we call an “air-bearing.” Without enough air, the heads crash into the disk.

Helium is the second lightest and second most abundant element in the observable universe. Being both inert and 1/7th the density of air, filling hard drives with helium and sealing it brought a myriad of advantages, beyond just operating at high altitude.

For example, with less turbulence than air, heads reading and writing data in a helium-sealed drive could operate more precisely so we could squeeze more data tracks onto disks. Due to the thinner environment, we could also use thinner disks to add more of them in a single drive and increase density to deliver new levels of capacities.

This technology has brought immense innovation to hard drive design.

Today, we are already at our fifth-generation helium-sealed drives, powering the highest capacity drives.

All of these innovations benefited the data infrastructure required for the EHT project.

The data behind this project is astounding. During the five-day campaign, the EHT project collected around 4.5 petabytes of data.[5] This data needed to be collected at multiple geographic locations, sometimes in harsh environments (such as high altitude) and it needed to be recorded at a rate of 64 gigabits/second. Moving this amount of data over the internet would take more than a month! For this reason the project needed to design a solution that would deliver extreme high capacity, could be physically transported, provide high bandwidth and operate reliably in extreme conditions.

Shep Doeleman, professor at the Harvard-Smithsonian Center for Astrophysics/Massachusetts Institute of Technology, who directs the Event Horizon Telescope project said in 2015, “Using sealed helium drives was the only way to ensure that data could be captured in remote locations, such as our high-altitude observatory in Mexico, where all other storage devices physically failed. Additionally, the high capacity of each drive ensured that we were able to build denser and fewer enclosures overall.”

Data is an essential ingredient that enables humans to better understand themselves and the world around us, see hidden patterns, uncover fresh insights, make discoveries, cure diseases, and protect the planet. We’re proud to be able to innovate, design and build the data infrastructure that enables the world to solve its biggest challenges, and humbled to have contributed to this incredible achievement.

If you want to read more about fascinating technology behind helium-sealed drives, check out this blog.

• Beyond Air – Helium Takes You Higher