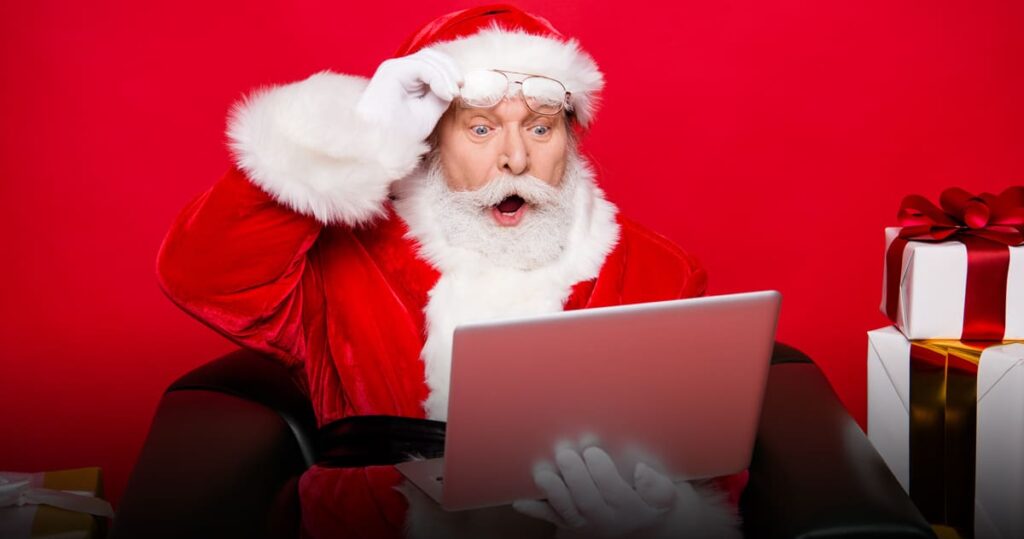 With 2 billion customers to deliver to, and just one night to do it, Santa’s operations are, if anything, the true definition of at-scale. Yet with the world’s population growing by roughly 83 million people per year,[1] Santa will need some serious help and logistics overhaul to keep up with his operations.

The data requirements of Santa’s ventures are both massive and complex – ingesting billions of simultaneous requests, processing diverse data sources for predictive analytics while achieving same-day delivery in multi-national locations. So how can he best transform his operations in the digital age?

As an industry leader in data infrastructure from edge to cloud to core, we put our heads together to offer Santa some help.

From a Single Sleigh to an Autonomous Fleet

Navigating between cellphone towers, bird flocks and aircraft is no simple task. Autonomous vehicles are gaining momentum particularly due to their ability to improve traffic flow and prevent accidents using edge computing. Hopefully, Santa and his reindeer will also see a 75% reduction of accidents[2] by leveraging edge safety features.

But even the smoothest ride won’t allow Santa to keep delivering on time using just his traditional sleigh. To keep up, he’s going to need faster delivery capability, and drones are positioned as the perfect technology to give him the aerial advantage he needs. Drones can be particularly effective by using a swarm to simultaneously reach multiple houses in large urban areas. Santa’s drones can be equipped with on-board cameras and built-in AI to detect severe delivery obstacles (like awake children) and automatically re-schedule delivery for peak REM sleep time.

In fact, this type of edge processing is already happening today. See how smart video is changing the edge.

It doesn’t make it to the news very often, but every year near Christmas, Santa’s elves get a bit cranky, due to the incredible workload and over-hours it takes to create and deliver all those presents on time.

Thankfully, we’re seeing the rise of smart factories, characterized by intelligent production and fueled by the Industrial Internet of Things (IIoT), cloud, and big data. Smart factories are all about using data to be more efficient and helping the elves focus on what matters most – innovation! Here are a few suggestions on how the elves’ workshop can get intelligent:

In every step of Santa’s journey, IoT plays a key role. Each new technology is fueled by a broad range of data collected across connected sensors, devices, people and processes. Some areas are straightforward, like sleigh maintenance that can be highly improved by collecting distance and performance data. Or using sensors to help load it more evenly (no more tipping over!).

With everything connected, Santa can now ensure chimneys are passable before entering, take advantage of track and trace capabilities to avoid accidental double delivery, or dynamic routing using live weather data, air traffic patterns and bedtimes ensure a smooth delivery through the night.

Our ability to bring more processing power and intelligence into smaller devices is key to helping Santa do his job better, and keeping his reindeer safe. Read how you can get more from IoT data at the edge and in the cloud, too.