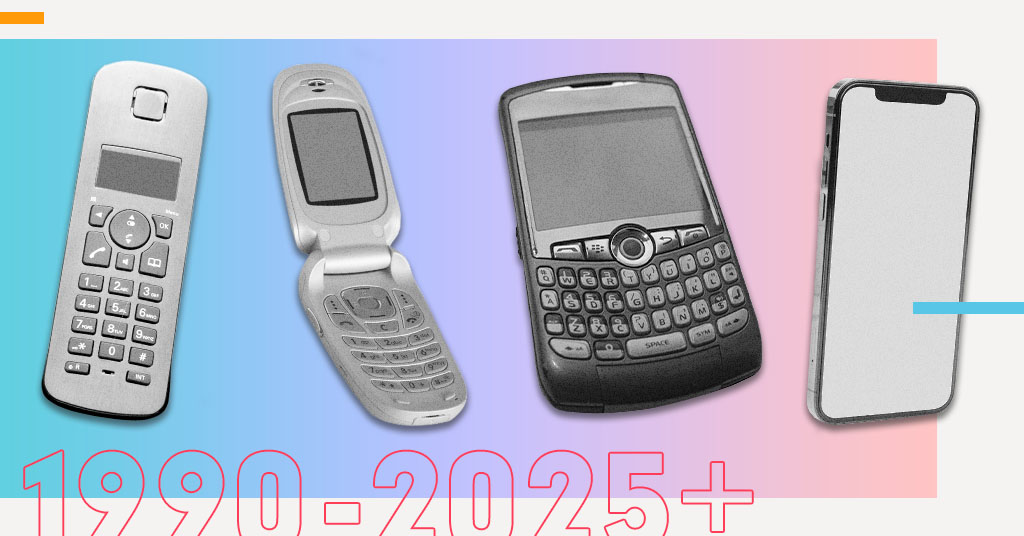 The first mobile phones weighed a few pounds, sported an awkward antenna, and were the size of a small briefcase. Today’s mobile devices tout the ability to quickly upload photos while on vacation, verify owner identity by fingerprint or facial recognition, or make a purchase while simultaneously streaming a movie. These features and technologies are so ingrained into our daily lives, we often take them for granted.

The benchmarks for modern mobile device performance are typically network speed, pixel count, and camera quality. But the often-unsung innovation that powers both the form factor and speed of these devices is storage. As mobile phones evolve, so does the storage inside.

“Phones are becoming the center of our lives. It’s not only the speed of 5G and volume of data generated but how we use the phone for just about everything but talk,” said Itzik Gilboa, head of mobile segment marketing at Western Digital.

Gilboa says as mobile phones evolved, storage has been essential in enabling mobile handset vendors to deliver the latest innovations.

“Handsets have evolved from a communications device to a device that does everything from entertainment to digital maps to serving as your personal assistant,” said Roy Chua, founder and principal at research and analysis firm AvidThink. “As your smart phone collects data from all around you, it will have to store an increasing amount of data faster than before.”

Noam Even-Chen, director of applications engineering at Western Digital, and Omer Katz, director of product management, remember the early days of mobile phones. In 2002, both were at MSystems. (SanDisk acquired MSystems in 2006, and Western Digital then acquired SanDisk in 2016.) MSystems created the first mobile disk-on-chip (mDOC), which was the first embedded storage solution, an integrated storage option in addition to external, removable cards.

“What was needed (at the time) was more capacity, a solution to boot from, and special features like security and endurance,” said Katz. “The more we learned about the market, we adjusted and adapted the product to meet customer and market needs.”

From proprietary to standards

mDOC used a proprietary derivative of the SATA interface because there were no industry standards in place at the time. Standards allow companies to align around design specifications and deliver innovations to customers at scale. JEDEC, the open standards organization for microelectronics, introduced the e.MMC (embedded MultiMediaCard) in 2007 as the first embedded storage standard.

“This was important because mDOC and other proprietary systems were the bedrock of many of the characteristics and feature sets that came later within the e.MMC and UFS (Universal Flash Storage) specs,” said Yaniv Iarovici, director of IoT and edge at Western Digital. The company has played an active role in emerging storage standards for years. The current JEDEC technology chair for UFS is Rotem Sela, an engineering fellow in the systems design engineering group for flash products at Western Digital.

It was no coincidence that the beginning of e.MMC coincided with the first smart phones as it drove higher speeds and capacities. Smart phones at that time had a larger operating system, new features like touch screens, and apps that did not exist before, according to Iarovici.

“2007 was an important inflection point in the industry where smart phones took off and e.MMC took off with it, because it drove the smart phone concept,” he added.

Also, around this time Western Digital championed the evolution of single-level cell (SLC) to multi-level cell (MLC) and to triple-level cell (TLC). Each generation packed more bits into a flash memory cell.

“When the industry was using SLC, we drove two-bits-per-cell, which back then sounded like it would never work,” said Even-Chen.

“We were first to push the industry to MLC and then to TLC and the first to have a successful TLC product and ramp it to mass production,” said Katz. “The major benefits of TLC to our customers were cost reduction, better supply, and higher capacities. So, giving customers the value of cost reduction, longevity, and more supply allowed more bits out of the fab to get more capacity.”

The e.MMC standard drove higher speeds and capacities, but as phones, apps, and operating systems continued to evolve, there was a need for even faster, more responsive storage. 4G brought new apps like ride sharing that changed the game for mobile phones yet again.

“The evolution of [smart phone] apps have increased the need for sequential write performance,” explained Einav Zilberstein, director of technical marketing at Western Digital. “Multitasking with apps like gaming have raised the importance of random read performance and how quickly you can launch apps.”

The company keeps pace with changes in the mobile industry by working closely with its ecosystem partners at each juncture to align around industry standards. Since embedded storage is included at the early stages in design boards, companies work together to ensure their products are interoperable long before they reach their mutual customers.

The future of mobile was a hot topic at Mobile World Congress in Barcelona. See Western Digital’s Huibert Verhoeven, senior vice president of automotive, mobile, and emerging markets, share his thoughts on the industry in this presentation:

“We are just scratching the surface. 5G will enable new apps we haven’t even thought of,” Verhoeven said. “With use cases like AR and VR, phones are becoming multi-sensor content platforms where the interplay and the latency of not just how you get data on and off your phone, but how you store, display, and process it becomes very important.”

Whether mobile phones of the future incorporate hand gestures or eye movements, become a wearable form factor, or replace everyday items like ID cards and wallet apps, one thing is certain: storage will play an essential role.