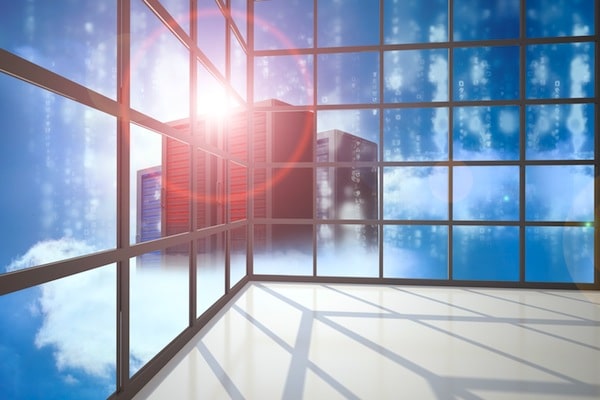 Microsoft’s announcement of an end-of-life (EOL) status for Microsoft Windows Server 2003 R2 (WS03) operating system by July, 2015 marks the end of an industry era. It means that WS03 – which was a stepping stone between Windows NT Server 4.0 and more modern versions of Windows for 32-bit and 64-bit servers – will no longer be supported by Microsoft.

Many servers with WS03 have stayed as-is for years. How did this happen? IT organizations have wanted to maintain production systems, without disruption. And businesses accumulated large numbers of WS03 systems without consolidating them in a more efficient way. But those early years, following deployment, have now stretched to more than a decade – and the hardware world, including server processing capability and storage capacity, has changed dramatically in that time.

Today, multi-core processors are the norm – and server processing speed far outstrips what was available in 2003. At that time, many Windows deployments were one-workload-at-a-time on each server; often one application or one database was running on each machine. That’s one reason why the number of WS03 servers within the computer room multiplied over time — making the IT environment more complex as more machines were added. Today, there are an estimated 11 million WS03 servers worldwide—a very large installed base to move forward to new technologies.

Many of the sites running WS03systems missed out on the big wave of virtualization that started in the mid-2000s—a time when running multiple virtual machines (VMs) on each server reduced operational costs through increased IT efficiency. That’s an opportunity cost – because many companies saved money by consolidating the number of physical servers in their site, reducing power/cooling, and simplifying management and maintenance of their Windows systems.

Now that the WS03 EOL date has been made official, customers will need to evaluate both the hardware and software environments they’re supporting and the best options for their future infrastructure. In many cases, the older applications running under WS03 will be replaced – updated to new versions that run under Windows Server 2008 or Windows Server 2012.

Moving to newer versions of Windows Server software should ultimately mean your organization will benefit from better applications and more powerful workloads. You’ll be able to scale up your applications and databases more than before – and you’ll be able to consolidate multiple workloads onto virtualized servers running Windows Server 2008 or Windows Server 2012. That means that you’ll need fewer physical servers to run a given workload, resulting in lower costs (for hardware, floor space, cooling, electricity and maintenance). Let me emphasize – your operating costs will be lower by moving to a more modern version of Windows Server OS.

Start to Take Advantage of Flash

To unlock the full capabilities of these more modern operating systems, you’ll need the underlying server hardware that can match – continuing to run your older server hardware would be like putting high-octane fuel into an old, rundown car.

The easiest and most effective way to match your new server hardware to high-octane versions of Windows Server OS, is to incorporate flash storage and memory. Flash technologies are transforming the data-center’s servers and storage by increasing I/O rates, and accelerating application performance. Solid-state drives (SSDs) and PCIe application accelerators have come a long way in recent years. In contrast, hard disk drive (HDD) performance has remained almost static over the last decade – while flash technology (that already delivered greater performance) have seen a continuous improvement, up to 500%.

That combination of performance and data-density – which SSDs and PCIe accelerators bring to servers – has really changed the game in the data center. One SAS SSD can support up to 4 TB of data, or one PCIe accelerator can support up to 6.4 TB of data, allowing that data to reside on the same server as the system’s central processors. That’s why new servers with SAS, SATA and DDR SSDs or PCIe accelerators can provide higher data-density and superior performance to that of hard-disk drive (HDD)-based servers, and allow you to reduce the total number of server footprints needed to support a given workload.

Fewer servers per workload brings a lower Total Cost of Ownership (how much will it cost you to maintain your infrastructure), and lower Total Cost of Acquisition (how much will it cost you to purchase new hardware). These are two critical considerations when examining your technology refresh, and you will find that flash can end up saving you money. The business benefits of flash provide improved user experiences, the ability to meet service level agreements (SLAs) — and increased productivity. Examples include: improved VDI virtual desktop performance, accelerated applications, and faster Big Data/Analytics.

The key takeaway is this: your technology refresh should deliver new levels of performance, greater simplicity, ease of scale and reliability for your Microsoft Windows Server Platform, and it should do so in a more cost-effective and flexible environment than you have right now.

At SanDisk®, we’ve done extensive testing of computing environments, comparing deployments that have solid-state disks with those that have hard-disk drives. Many results of our testing have been shared here on the SanDisk IT blog as well as on our Resources Page.

Whether you’d like to use server-side caching or SSDs with your currently deployed systems to refreshing your hardware, SanDisk is making your upgrade from Windows 2003 simpler, by providing a detailed guide that will allow you to leverage the rich functionality of new versions of Windows Server, supporting virtualization, advanced security, and high availability.

Join SanDisk at the world’s largest gathering of Microsoft SQL Server professionals, with a focus on Business Intelligence (BI) and analytics, and see how to accelerate your SQL Server workloads with greater cost efficiencies using SanDisk and Fusion ioMemory solutions. Our experts will be there, at the SanDisk booth, to show how to maximize your Microsoft Server migration with the tailored flash memory and storage solutions that best fit your needs.

I’ll be tweeting from the conference at @jbozman, and you can follow the conversation with @SanDiskDataCtr and #sqlpass. See you in Seattle!